This release is the first time this revelatory performance has been released. It has been lovingly mixed and mastered and will be included on CD and digitally in the next edition of the Miles Davis Bootleg series that focuses on the 1981-1985 period, coming later in the year, but the Record Store Day release would be it’s exclusive release on vinyl.Packaged in beautiful gatefold packaging the album features liner notes penned by the incomparable music journalist Greg Tate and represent some of his final writing. 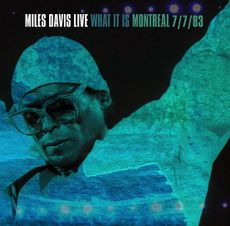