Jill Lorean is the nom de guerre of Jill O’Sullivan (formerly of Sparrow & The Workshop and Bdy_Prts) and “Not Your First” is the perfect culmination of Jill’s distinctive songwriting.

The songs crouch and pounce with a coiled-spring intensity as Lorean’s voice glides between guttural mewl and high, lonesome coo- like a nightingale on fire. The six tracks on “Not Your First” were recorded, mixed and produced by Andy Monaghan (Frightened Rabbit), who also plays bass along with drummer Peter Kelly. The pair create a dynamic and vibrant backing for Lorean to let rip. Eyes on the Bird reinvents the folk idiom with a shamanistic intensity, and Strawberry Moon is a guitar-laden ode to summer with an emergency rip-chord ending that leaves you breathless. 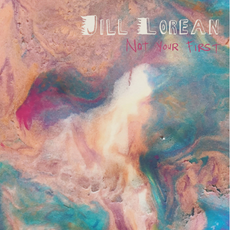