The King Of Limbs


now onto album number 8, radiohead still manage to innovate & progress – no mean feat for a band who count the likes of ‘ok computer’ & ‘kid a’ amongst their back catalogue. ‘the king of limbs’ is their shortest work to date. however, its concise nature suits the band well, as they cover much ground within the 37 minutes here, keeping the listener’s attention locked in throughout. the album is essentially in 2 halves, with the 1st half combining thom yorke’s trademark vocals with electronics & impressive programming that at times echoes four tet at his best (‘rounds’, ‘pause’), whilst the 2nd half feels far more downbeat in nature, employing occasional piano & acoustic guitars to great effect. there are no sing-along anthems or standout band-defining tracks here but what we do have is a set of beautiful, haunting, mesmeric compositions that if any other band had delivered them, would be hailed as mini-masterpieces. another undisputed triumph. “another great album from britain’s most consistently brilliant band” – bbc, 4/5 - uncut. 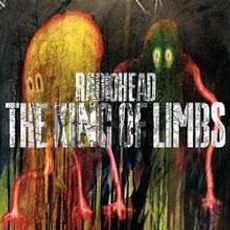