Echo And The Bunnymen


Beloved gloomy post-punk group Echo & The Bunnymen formed in Liverpool in 1978 and are known for the unmistakable voice of frontman Ian McCulloch and the dazzling guitar playing of Will Sergeant.

The band’s songs have inspired countless acts including Richard Ashcroft, Doves, Editors, Arcade Fire and Manic Street Preachers. ‘Live In Liverpool’ was recorded across two nights in August 2001 at Paul McCartney’s Institute of Performing Arts in the band’s native city. The album captures electrifying performances of timeless Bunnymen classics including ‘The Killing Moon’, ‘The Cutter’, ‘Lips Like Sugar’ and ‘Nothing Lasts Forever’ 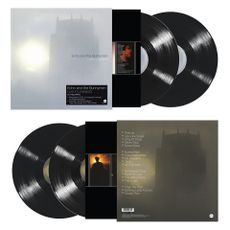