Originally released in 2003, aqualung's second album is now available on vinyl for the very first time alongside an additional album of live versions.

Matthew Hales aka Aqualung, started as a musician and record producer in the early 2000s. Aqualung’s breakthrough came when his song "Strange and Beautiful” was featured on a television advertisement for the new VW Beetle during the summer of 2002 and went on to become a Top 10 hit in the UK Singles chart later that year. Hales' work has earned him various awards and nominations, including two Grammy and three Ivor Novello nominations. “A stunning collection of mostly fragile songs that reels you in and chills you out” – The Times 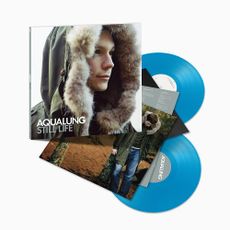 3. You turn me around