Let’s Turn It Into Sound


her most ambitious, intuitive, and inviting work to date.

Though ambient and modern new age circles have embraced Smith’s catalog, Let’s Turn it Into Sound favors a more baroque and robust form of avant-pop. The music bursts with vertiginous vocal harmonies and detailed sound design, forming a truly unique sonic vision. “Art is awe, art is mystery expressed,” writes Kaitlyn Aurelia Smith. “Art is somatic, even if it is experienced cerebrally. It is felt.” The central mysteries of Smith’s ninth studio album, Let’s Turn it Into Sound, have to do with perception, expression, and communication: How can we communicate when spoken language is inadequate? How do we understand what it is we’re feeling? How do we translate our experience of the world into something that someone else can understand? For Smith, a self-described “feeler,” the answers are inspired by compound words in non-English languages, translation, sculptural fashion, dance, butoh, wushu shaolin, and other forms of sensory and somatic experience. Just like fashion uses lines, shapes, colors, textures, and silhouettes to communicate on a sensual level separate from the conscious mind, Let’s Turn it Into Sound strives to use sound to communicate what words alone cannot. “The album is a puzzle,” Smith says. “[It] is a symbol of receiving a compound of a ton of feelings from going out into a situation, and the song titles are instructions to breaking apart the feelings and understanding them.” The energized “Is it Me or Is it You” comes from traversing the gaps between how you see yourself and how another might see you, through a filter of their own projections. The hushed sense of revelation that brackets “There is Something” refers to the feeling of walking into a room and being subconsciously aware of the dynamic present. All the while, Smith interprets these feelings through sound. This auditory interpretation process, driven by earnest curiosity, led Smith to record some thoughts and questions that popped up along the journey in Somatic Hearing—a booklet which accompanies the album. Over three frenzied months, recording alone in her home studio, Smith allowed herself to pursue new experiments to accompany her usual toolkit of modular, analogue, and rare synthesizers (including her signature Buchla), orchestral sounds, and the voice. She created a new vocal processing technique, and gave herself permission to pursue a pacing that felt intuitive, rather one that followed typical song structures. She walked around in the windiest season with a subwoofer backpack and an umbrella, listening to the low end of the album amidst 60mph gusts. She listened to herself, and, in doing so, to an inner community which suddenly opened to her. Underlying the album is a dynamic relationship between what Smith describes as six distinct voices, each a multifaceted storyteller. By acknowledging these characters, she was acknowledging her whole being: the woven plurality of self, the complex process of noticing and resolving inner conflicts, and the joy of finding harmony in flux. “I started to feel so embodied by all of these characters. This is all the felt, unsaid stuff [my inner community] wants to communicate but it doesn’t have the English language as its form of communication, and so [this album was a form of] giving space to let it talk and not judge it and just let it play.” By not adhering to expected song structures, each song feels even more like a conversation, with each character getting to express themselves in full. 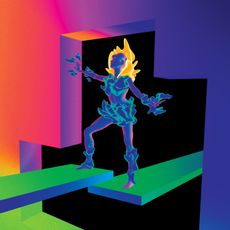 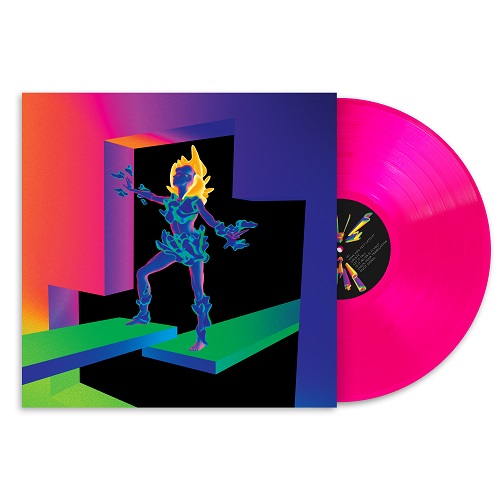