I’m Jimmy Reed underlined the very raw nature of the recordings, yet it immediately showed why his music was embraced so much by others as the songs offered more melody and variety than other Blues players.

Ain't That Lovin' You Baby has fine melodic hooks that could easily be transcribed into rocking versions, while Boogie In The Dark set the template for so many groups in the sixties. The slower tracks like You Got Me Crying and Little Rain provided useful contrasts, while Honest I Do gives added meaning to the phrase 'stripped down'. Jimmy Reed was easily the most commercially successful Bluesman in America during the 1950s, and as such his material was readily available to be plundered by artists wanting to enrich their live repertoire. This reached its height during the UK Beat boom when virtually every working group included his songs in their sets. The Rolling Stones, The Yardbirds, Them and The Animals all covered his songs liberally during the first half of the sixties. In his homeland, The Grateful Dead, The Steve Miller Band, Johnny Winter, Wishbone Ash and, bizarrely, even Bill Cosby followed suit! 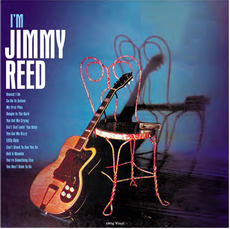