Ensconced in Randy’s Garage without a clock to spit on ‘em, Dean and Randy composted drums and guitar and life on planet earth into a stream of miniatures, vignettes and reembodied images – an infinity of hits.

First thought, best thought. Until the next thought: a guiding principle for No Age in the 16ish years they’ve been around. Constantly responding to their own streams of consciousness with reductive flexibility, they’ve taken the basic duo of guitar and drums with vocals WAY farther than anyone listening in halcyon Weirdo Rippers days could have guessed. Expounding on those larval possibilities, they’ve zig-zagged in serpentine precision, in and out of the teeth of the wringer — ranging outside and back in again, as befits the present thought. And now, six albums into it, these principles have led them to make People Helping People. Composed in their studio of ten years in the “pre pandemic” times, then an eviction from said space, and finished deep in the midst at their new basecamp: Randy’s Garage. It starts with an instrumental, too. First counter-intuition, best counter intuition! Nearly five minutes prelude Dean’s debut vocal interjection — a zoom in from the upper atmosphere, Randy’s guitar clouds pulsing with radiation, paced by spare, percussive accents. When the first song with singing (“Compact Flashes”) bounces in on an insane synthetic beat, the only recognizable sound of No Age is a sputtering of enchanted clicks and creaks — muted guitar strings and drumkit rattlings that cycle for a full minute before voice song and snare fall into place. This is the sound of People Helping People: No Age, deep in the lab, scraping available nuclii together to see what new compound they find next. Erasing the starting points, reordering the pieces and beginning anew. It’s an everyday mindset — and as the first No Age album recorded entirely by No Agee, People Helping People is a broadcast of entirely lived-in proportions. Side one ricochets expertly back and forth between magisterial instrumentals and sing-song forms cut up on the mixing desk, as with the undeniable hitness of “Plastic (You Want It)”, winningly rewired to MIDI-mangled beat squelches. They don’t really land on a straight up punk-style riff until it’s almost time to flip the side, and even once they’ve got off on a run of rockers on side B, their aesthetic choices continuously reframe the norms, enhancing their inherent power. People Helping People finds their disparate desires operating in perfect sync; prolegomenic weirdness fused immaculately to classic rock propulsion, transforming the energy pouring out from their hands and feet with electronics. Dean’s lyrics are like pieces taken off the belt at the factory and put together into a John Chamberlin-esque sculpture, meant to sit out in the rain. Randy’s guitars, collaged into arrangements that reflect, again, boundless curiosity and exquisite restraint. This is People Helping People: unpretentious, suspicious, inviting, confident, left field. The most accurate display of the No Age ethos put to record. Yet! 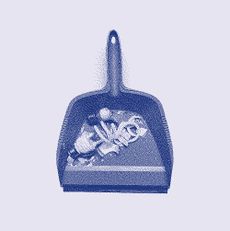