the band's final studio recordings bear the taut energy of a group on the point of implosion & hit just as hard as ever.

collecting 2 last 12"s released as a band, some of their most vital work emerged from these sessions, where classic birthday party manic punk fodder like 'Sonny's Burning', 'six strings that drew blood' & 'swampland' sit alongside more gothic tracks like 'pleasure avalanche' & 'mutiny in heaven', that trace the lineage between this band & nick cave & the bad seeds' 'from her to eternity'. the vinyl marks the first time it has been Available on wax since the '80s, featuring bonus tracks from the 'mutiny!' sessions on 7". 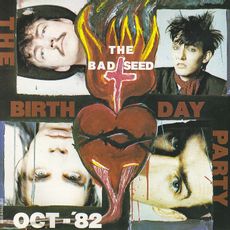