Strapped with fuzzy guitar licks, feverish bass and psychedelic brightness, the 12-track collection is a coming-of-age novel in an album form.

The wildly squalid odyssey populated by an outrageous cast of misfit characters — teenage vagabonds and small-time criminals, junkyard dwellers and truck-stop transients — is partly inspired by frontman Ambrose Kenny-Smith’s own adolescence as a nomadic skate kid. Their most magnificently heavy work yet, the result is an endlessly enthralling album equally steeped in danger and delirium and the wide-eyed romanticism of youth. Self-produced by the band in the early stages of the pandemic, Rapscallion was recorded remotely in the home studios of Kenny-Smith (vocals, guitar, harmonica), Callum Shortal (guitar), Matt Blach (drums), Cook Craig (bass), and Tim Karmouche (keys). A truly dynamic musical collective, all five members also perform in other bands: Kenny-Smith and Craig each play in the globally beloved King Gizzard & The Lizard Wizard, Shortal plays guitar in ORB, and Karmouche and Blach are frontmen for Crepes and Beans, respectively. In a departure from the effusive garage-rock of 2021’s Bittersweet Demons, the album’s musical DNA contains strains of stoner-metal and the more primitive edge of post-punk. Despite that darker and more formidable sound, The Murlocs instill every track with the freewheeling energy they’ve brought to the stage while supporting such acts as Pixies, Stephen Malkmus and The Jicks, Ty Segall and Thee Oh Sees. 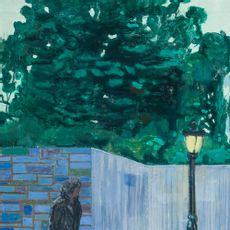