Whitsun expands work he started on 2014’s track ‘Easter’, where church bells in Venice were transformed into shimmering piano textures, but for Whitsun, the sound world that drives the piece is that of his childhood in Yorkshire.

Brass bands and chapel choirs spilled into the streets on high days and holidays, and away from the bustle of town were the sounds of the moors and the sea. The sense memory of piano practice in an echoing school hall early on a winter morning is recreated with haunting fragments of Beethoven, and the ghosts of hymn tunes from school assemblies. With family reaching back many generations in industrial Yorkshire, the connection to place also produces darker tones within Whitsun, chronicling the now empty churches, chapels and textile mills, once at the heart of the community. On the new album, Price explores themes of remembrance through his single stringed Una Corda piano, his own voice, childhood trumpet, and, together with a range of tape and digital transformations, his vintage Yamaha CS80 synthesiser, played to evoke the tenor horns and euphoniums of a brass band (the same CS80 used by the BBC Radiophonic Workshop to make the ‘80s Dr Who theme!). Whitsun is mixed by Guy Massey, mastered by Katie Tavini, with artwork by Paul Rafferty - carefully pieced together with both natural and industrial environmental sounds, to create an enthralling soundscape of growing up in Yorkshire. Whitsun - which follows 2021’s collection, The Hope of Better Weather, featuring reworkings from Bill Ryder-Jones, Yann Tiersen, Peter Gregson and more - was originally dedicated to Michael Price's Grandad, Ernest Cropper, who lived all his life in Yorkshire and died at the age of 96 in 2008, but during the recording his father Alan also sadly died, so the album has been dedicated to the memory of them both. 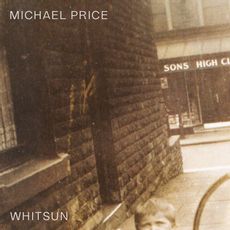