Siouxsie And The Banshees


A collection of Siouxsie and the Banshees tracks curated by Siouxsie Sioux to reflect the supernatural and more macabre side of their music including Spellbound straight off the back from being a major feature from season 4 of Stranger Things and lesser known and rarer tracks El Dia De Muertos and Fireworks.

These classic and lesser known Banshees songs sum up the overall feeling of the darker nights, the bite of the cold chill, Halloween, the roar of a bonfire and the impending turn of a new year. Mastered at Abbey Road studios London with Sioux in session who personally oversaw the audio process and cut half-speed on 180g black vinyl. The collection will also feature new and unique artwork again overseen by Sioux that will marry the audio and visual aesthetic. As Siouxsie Sioux says “A seasonal selection for you to enjoy”. 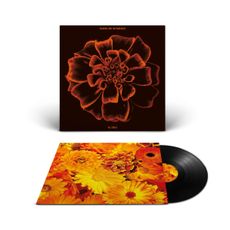