TV On The Radio

as 'dear science,’ unfolds, it becomes clear that it isn't so much a radical change for tv on the radio as it is a slight but significant shift in approach. ‘stork & owl’, an inspired mix of hypnotically looping samples & flowing, real-time soulfulness, & ‘love dog’, which boasts some of adepimbe's most affecting singing since ‘staring at the sun,’ could have fit easily on earlier albums with a few sonic tweaks. &, like those earlier albums, ‘dear science’, begins with an epic statement of purpose - although ‘halfway home’ is as sleek as it is grand, sprinting towards its end with streaking guitars - & ends in an embrace with ‘lover's day,’ a duet with celebration's katrina ford that turns ‘i wanna break your back’ from a threat to a come-on. 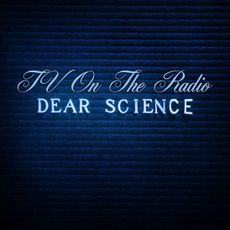