Originally released in 1997, Evergreen marked a critical and commercial renaissance for the band after more than half a decade’s hiatus; an album that rightfully returned them to the Top 10 that sported three UK hits including the seminal ‘Nothing Lasts Forever’. When Echo & The Bunnymen imploded at the end of the 1980s, the decade lost one of its greatest bands in the messiest of circumstances. Until then, theirs had been a magical rise: since 1979 they’d outgrown the Liverpool punk scene, outshone their alternative pop rivals of the mid-80s, and looked set to step into the big league. But by the end of the decade the magic that had kept them together was slowly unthreading. The die was cast in 1988 when Ian McCulloch quit after a tour of Japan. It should have marked the end for the band, but the remaining Bunnymen decided to persevere and seek a replacement. Unthinkable tragedy struck in 1989 when drummer Pete de Freitas was killed in a motorbike accident. The finality – as it then seemed – of the Bunnymen was all the worse for the nagging sense that they hadn’t so much faded away as burned out before their time. After a half-decade wilderness years of side projects and solo outings, in January 1997 Will Sergeant, Les Pattinson and Ian McCulloch decided to come back together in a recording studio for the first time in ten years. The reborn Bunnymen entered Doghouse studios in Henley-on-Thames in Oxfordshire, as fate would have it at the same time as Oasis, then gliding on a post-Knebworth high as the biggest band in Britain.

In a pivotal generational passing of the baton, the two legends of their eras merged on the killer ace nestling up McCulloch’s sleeve, ‘Nothing Lasts Forever’, featuring a 24-year-old Liam Gallagher on backing “yeah, yeah, yeah!”s and tambourine shakes. Any doubts among fans that the Bunnymen might have been making a terrible mistake by regrouping were obliterated by the song’s first chorus, crashing the UK Top Ten at number 8 in June 1997, the first taster of the album, the highest new entry in the band’s career and equalling their best ever chart position for ‘The Cutter’. The self-produced sessions at Doghouse were further embellished with strings, horns and vocal arrangements at the more imperious sounding Abbey Road and the resultant album achieved the almost impossible; commercial, conceptual and critical acclaim on a par with their past achievements. NME called it “impossibly good. The first comeback in history not to be dogged by a nauseous sense of distress, the first one to actually sound important”, the Melody Maker declared “the new songs are as good as the old songs, and probably better than almost anything you’ll hear this year”. Former manager (and later KLF pop maverick Bill Drummond) spoke of their return at the time: “Within the soul of Echo & The Bunnymen there was a pure aspiration that transcended all those would-be dragged up memories.

It’s as if The Bunnymen were going for some ultimate and indefinable glory.” Ten years since they last graced the Top Ten Album Chart, Evergreen returned them there in July 1997. The Bunnymen had proved themselves not only deserving of a second wind but effortlessly welcomed by the musical landscape of the late-90s. Arriving in the season of Oasis’s Be Here Now and The Verve’s Urban Hymns, Evergreen was both of and beyond its time. At the time, McCulloch proudly spoke of the album as the best he’d believed they’d ever made. Through the sepia lens of hindsight, today he understates its value as containing “at least three great songs, which is three more than most bands have in their entire catalogue.” By name, the ballads ‘Nothing Lasts Forever’, ‘Forgiven’ and ‘Just A Touch Away’. Beyond McCulloch’s holy trinity, Evergreen was just as notable for its snake-charming title track and the similarly serpentine ‘Empire State Halo’, both, like the best Bunnymen songs of yore, reaching our ears somewhere from Norris Green via Marrakesh. Elsewhere the Mersey shuffle of singles ‘Don’t Let it Get You Down’ and ‘I Want To Be There (When You Come)’ sees the brighter side of the band, as open and as relevant as their contemporaries past and present. “Someone asked me the other day why I reunited the Bunnymen,” McCulloch commented that summer. “Well, I haven’t. I’ve re-ignited the Bunnymen. Having said that, they never stopped glowing somewhere in my heart.” That glow made music, Evergreen still blinds. 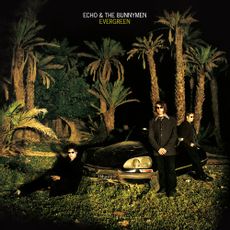 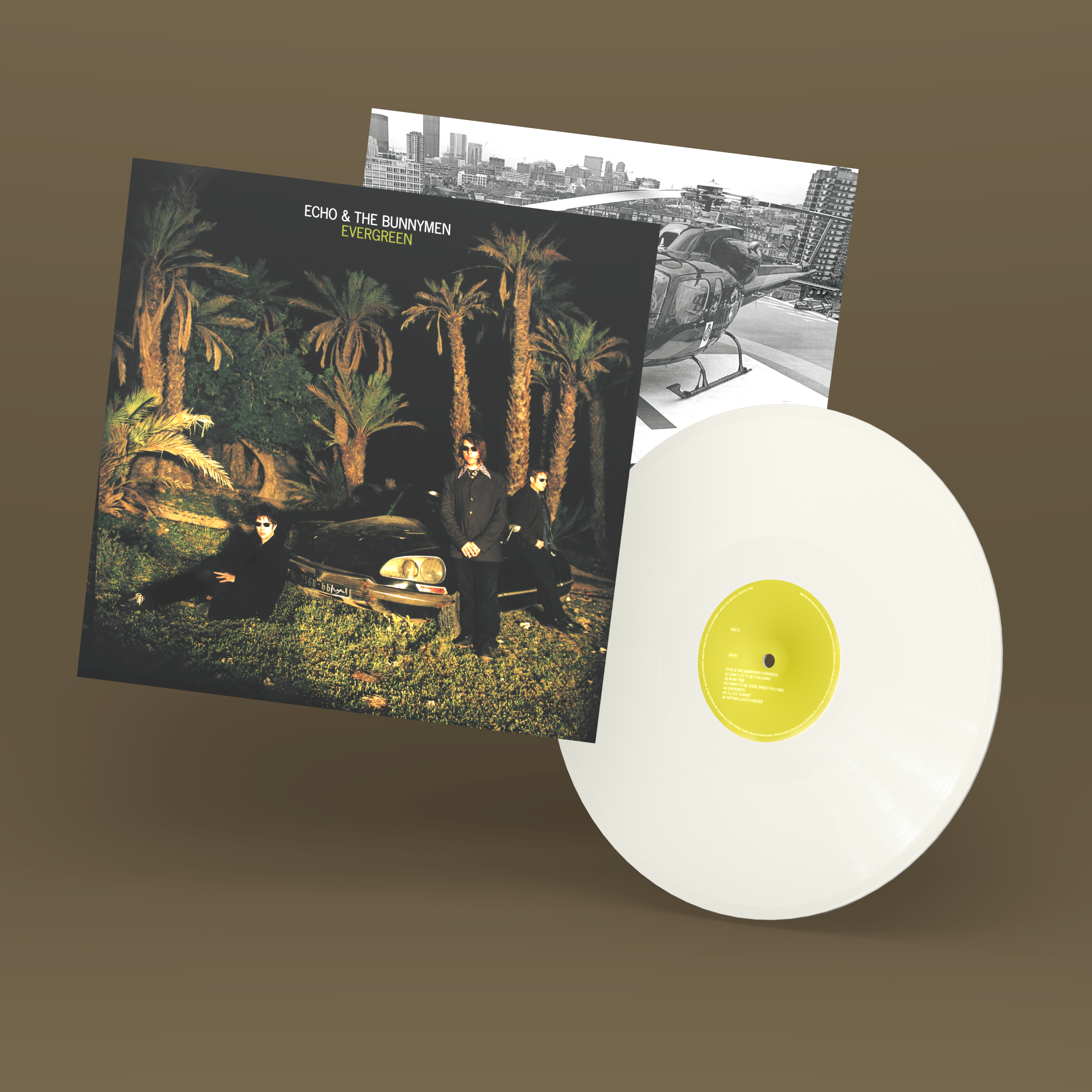 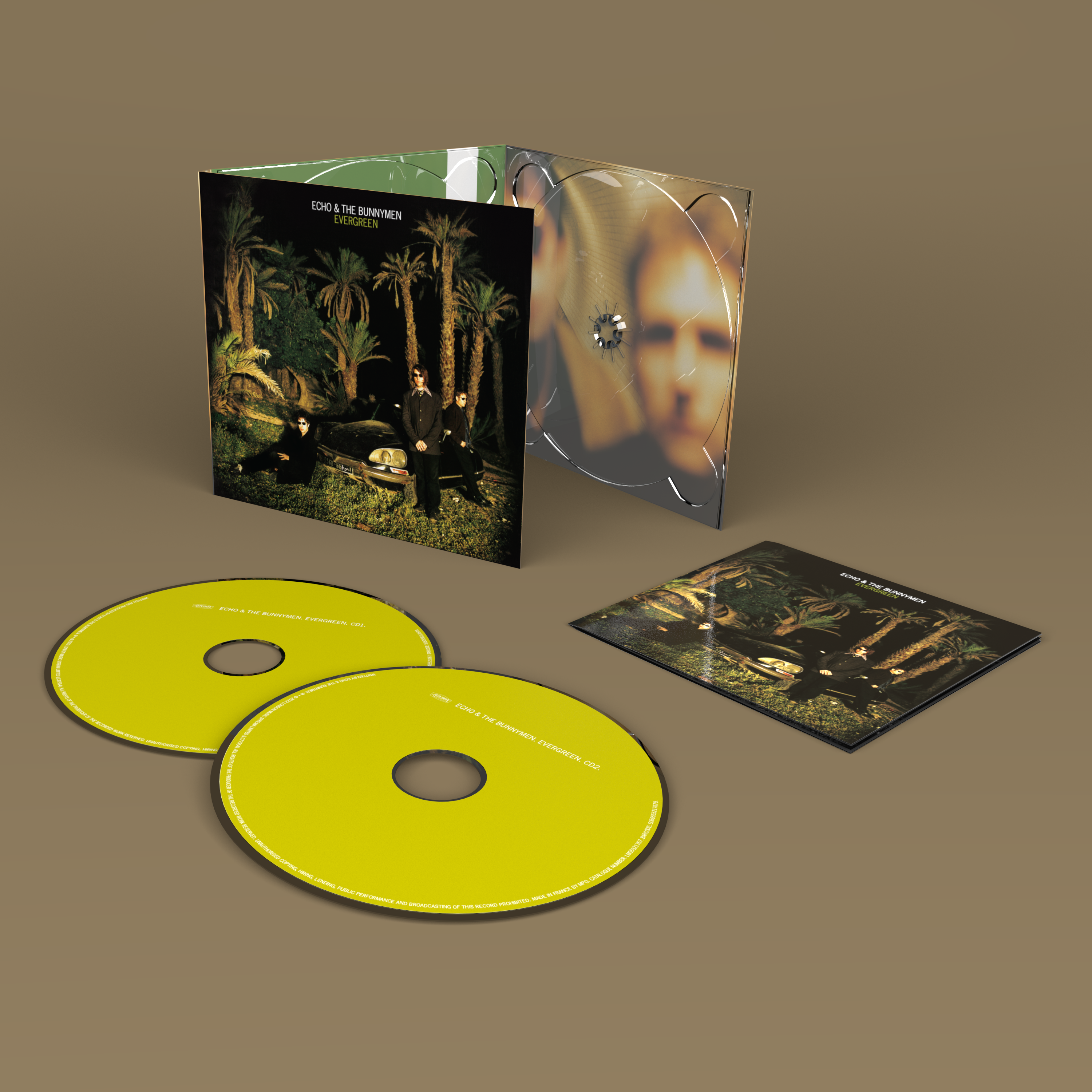