Tom Petty & The Heartbreakers famously played 20 nights at the legendary Fillmore venue in San Francisco in 1997.

6 of the shows were professionally recorded and this release features some of the high points of the residency. The small venue allowed the band to vary their sets each night; they included re-arranged and distinctive versions of their hits, deep cuts, and many cover versions – paying tribute to the artists that Tom and the band had been influenced by. The 3 LP set includes 33 tracks, 18 of which are covers – 2 hours of music. The tri-fold sleeve includes a 4-page insert. The 6 LP deluxe edition includes 58 tracks, 35 of which are covers – over 4 hours of music. The 6 LPs are packaged in a box with a 24 page (12” x 12”) booklet (with previously unseen photographs), 3 custom guitar picks, a replica All Access laminate, facsimiles of 3 set lists, a reprint of the 8-page Fan Newsletter published in 1997, and an embroidered patch (“The Fillmore House Band” – a term that was bestowed on The Heartbreakers during the shows at the Fillmore). 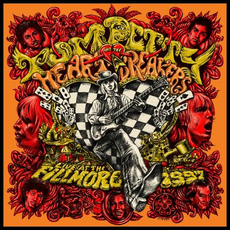 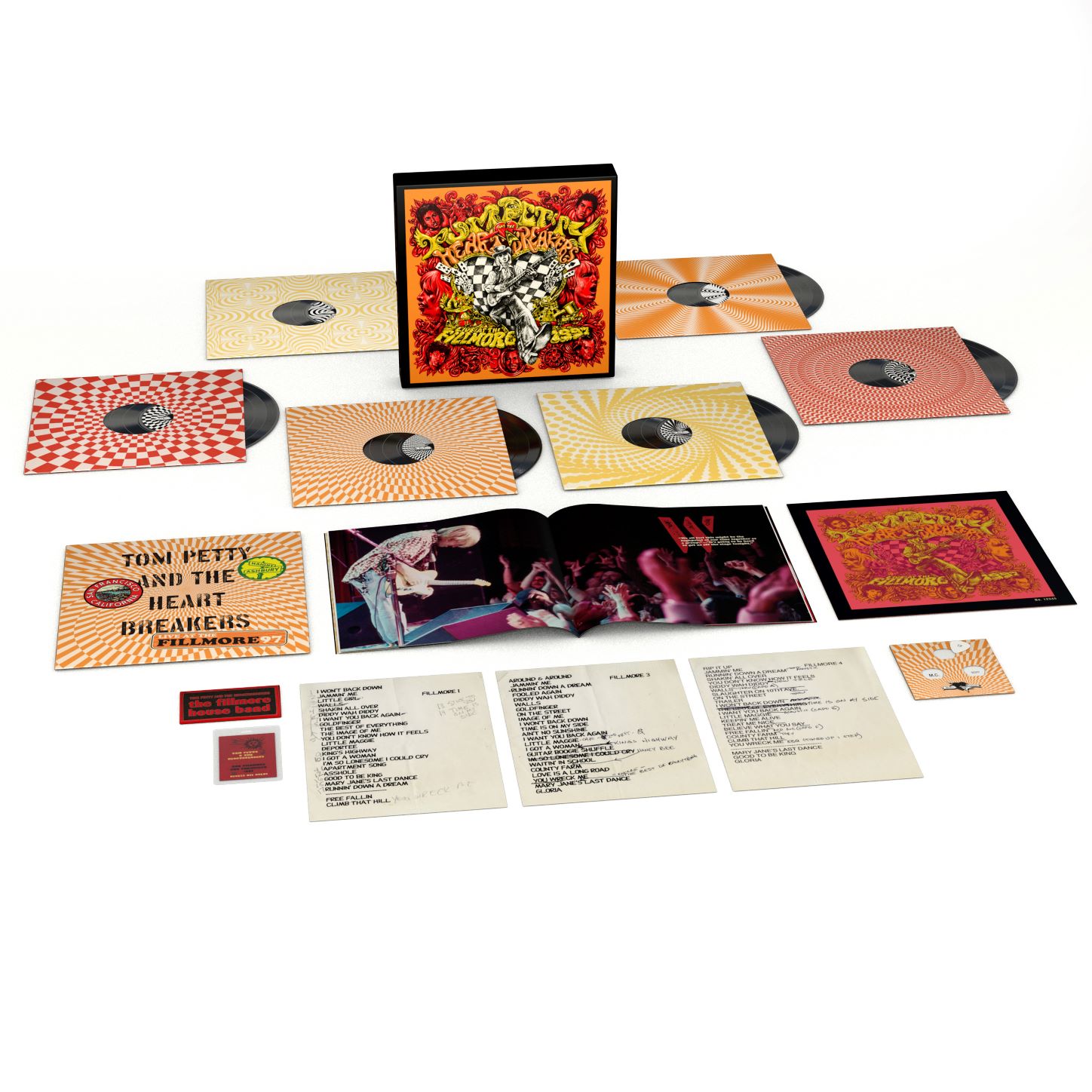 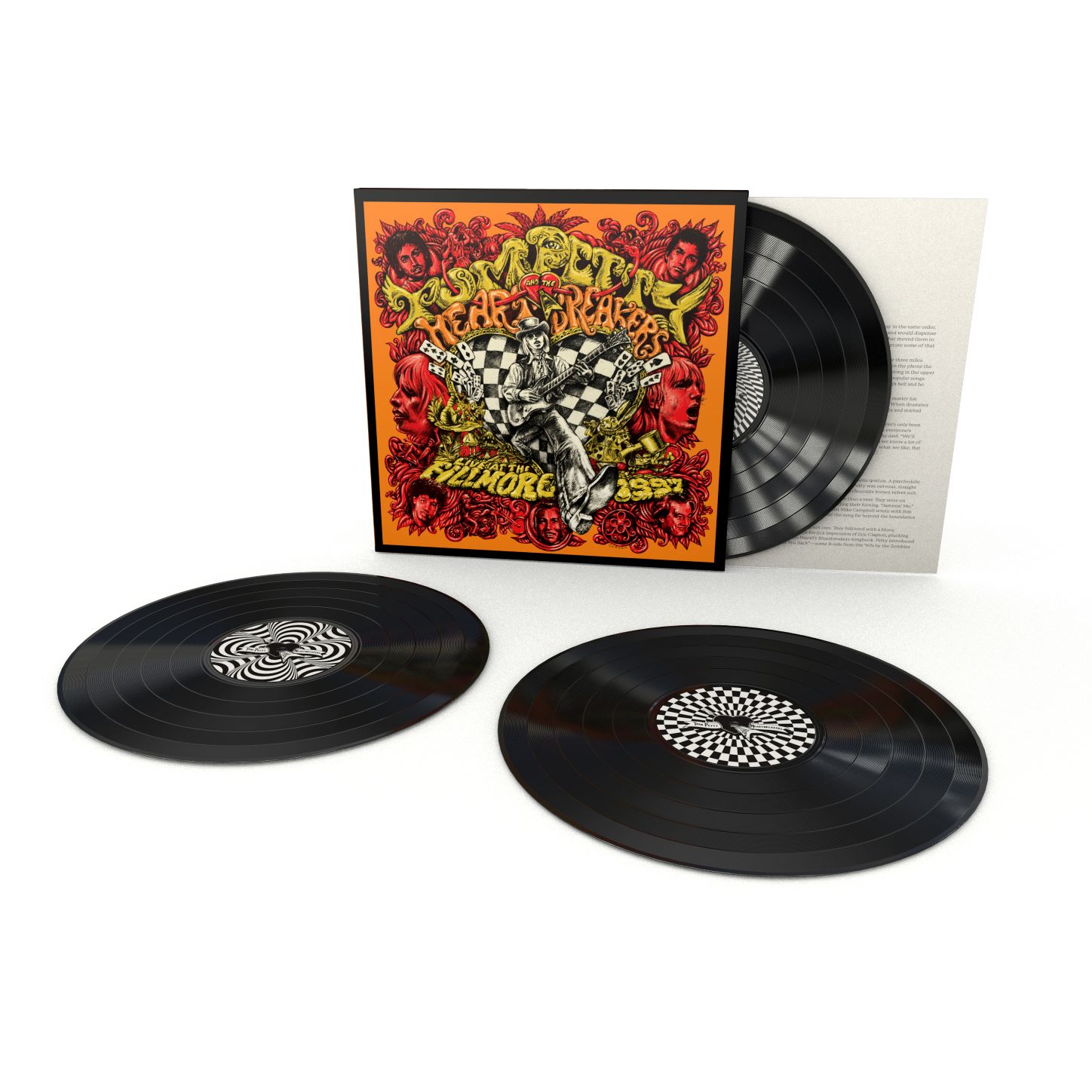 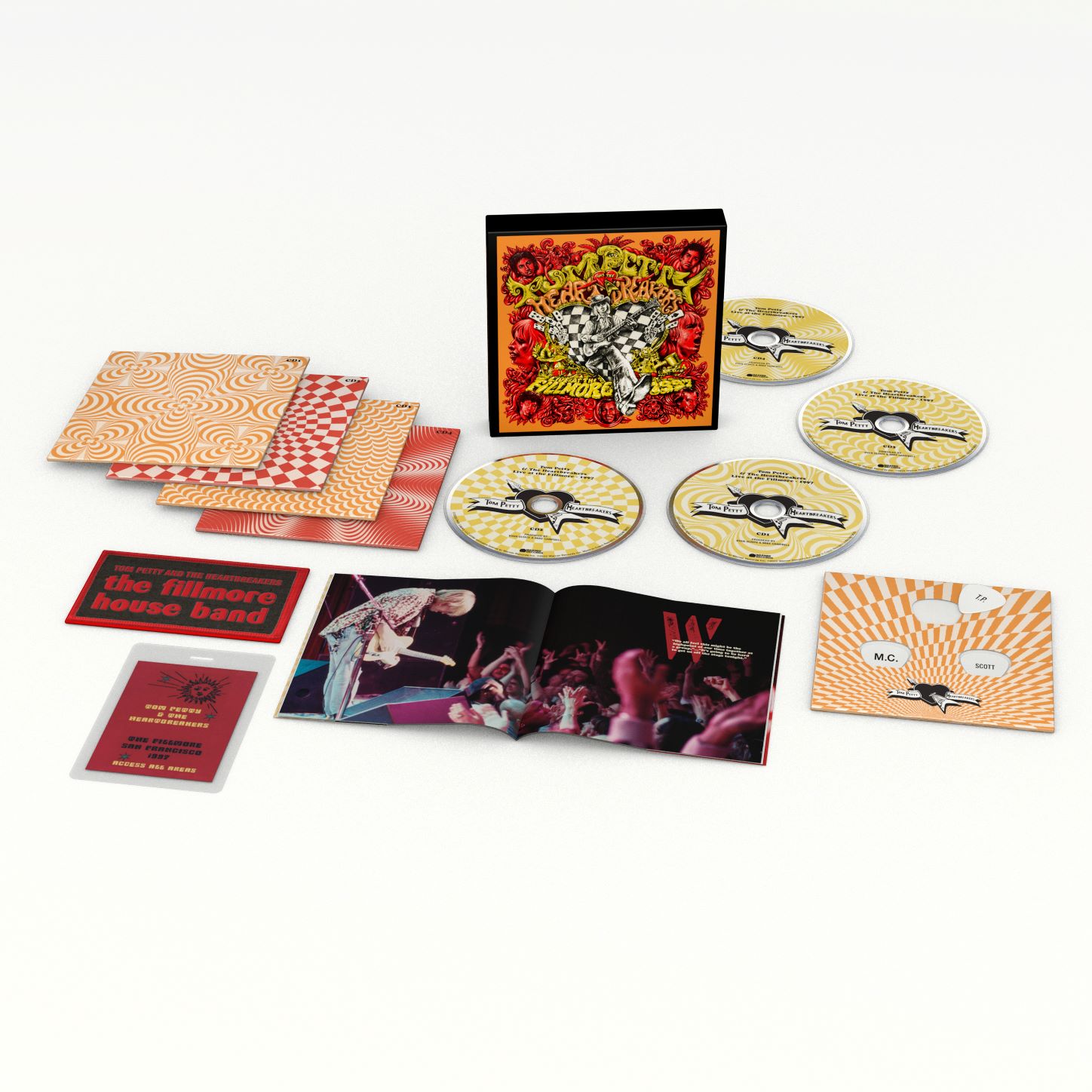 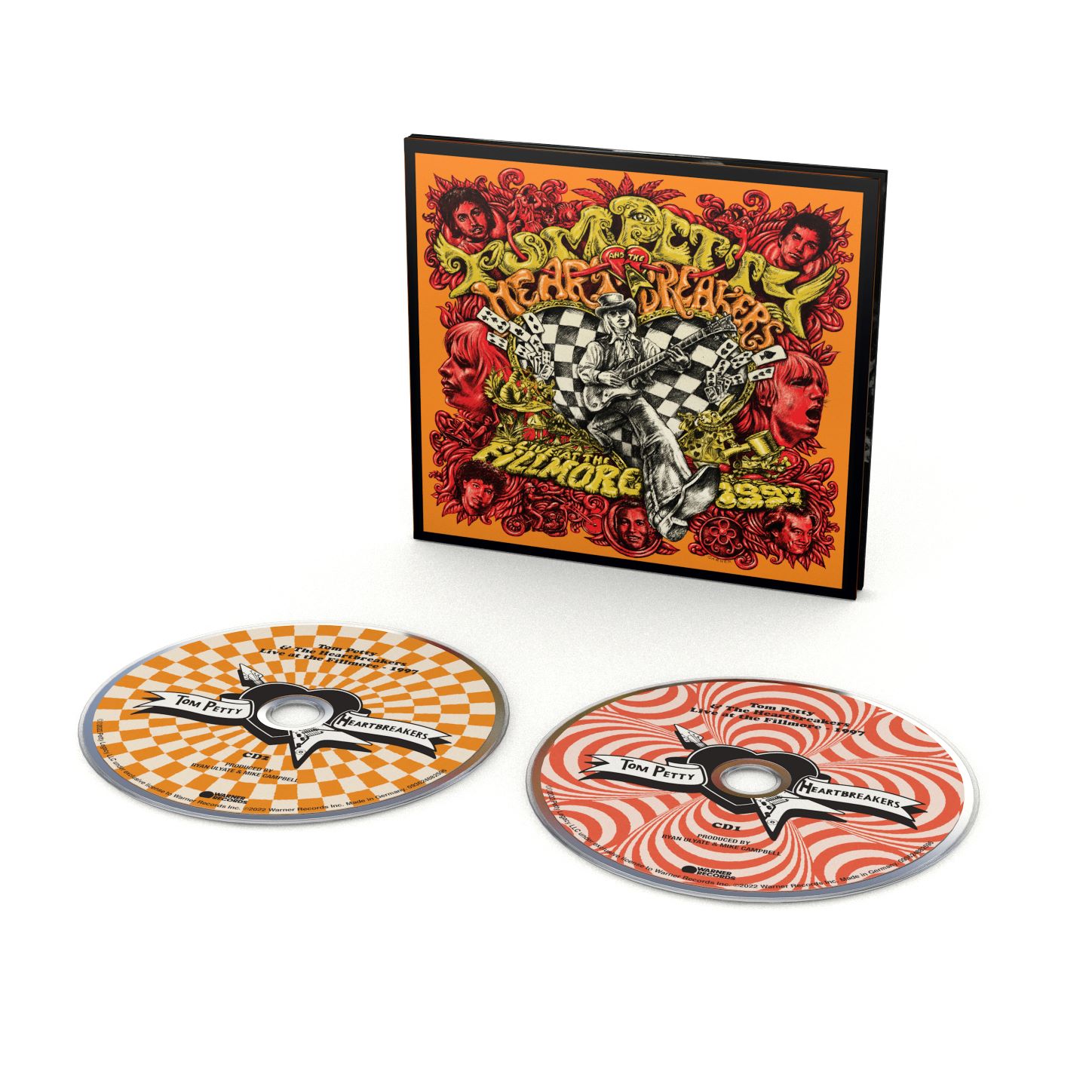