Originally released in 1982 as a document of the concert tour Jean-Michel undertook in 1981, this incredible release is a snapshot of an important moment in Chinese history.

Five spectacular concerts were held by the artist in Beijing and Shanghai in 1981, for an estimated audience of 120,000 spectators. This was truly a landmark moment in western music for the country and for Jean-Michel Jarre’s profile on the world stage. 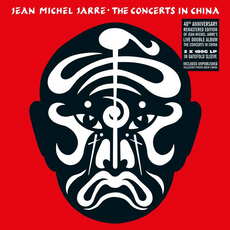