The sumptuous 'Fools', Dan's fourth album, follows 2020's 'Grand Plan', a critical hit which captured his early experiences of life in LA and effortlessly exchanged his synth-pop of the past for sepia-tinged folk rock with Laurel Canyon leanings. It jumps forward, through Covid to the end of an intense three year relationship, the death of Dan's grandmother back in Britain and rare trips home as restrictions lifted. death, a pandemic and a break- up could have made for a sombre sounding album, but Dan took a different route, finding beauty where he could and poking fun at his own foolishness. Both albums were recorded largely live at the legendary Spacebomb Studios in Richmond, Virginia with Matthew E. White (Natalie Prass, Flo Morrissey, Slow Club) and his four-piece house band. This time, Dan co-produced, tinkering with sounds late into the night to add his own stamp to the record. 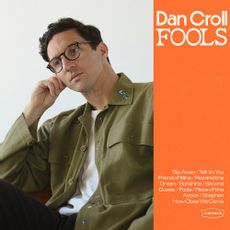