Having made ‘Skeleton Tree’ our album of the year in 2016, we were aching for a new album from our master.

Knowing it was about the tragic loss of his son, we were prepared for it to be devastating. But we weren’t ready for this.

We’ve said it before - the pressure we feel when it’s time to write about a Nick Cave record is petrifying. We’re proud to count Warren as a customer but it’s not like we’re expecting him to drop in, grab a copy of The Annual and head round to Nick’s for a cuppa to dissect what we’ve had to say about their record, as far more eloquent and articulate (actual) writers have already set down a lot of impressive words / thoughts /
reactions to this record. As tempting as it is to fill this page with quotes from those reviews, we’re gonna be brave. We’re going in…..

There’s a real sense of guilt in “enjoying” ‘Ghosteen’ because it feels like we’ve been invited to Arthur’s memorial service. It’s been astutely described as “a deep meditation on grief”. We are immersed in the mourning, the memories, the lamentation. We’re not really sure we should be here listening and Warren’s haunting, minimal score (of synthesizers, pianos and electronics) seems to concur. It’s supportive and compassionate but it’s also hesitant and uneasy, wavering behind, waiting to provide exactly what is needed whilst deferentially leaving ample breathing space for Nick’s tormented vocals. It’s not a record you can dip in and out of. It’s a complete sitting, a total immersion and then a recovery period after. Like a particularly intensive therapy session – it gets right in there, it prods and pokes, provokes and stimulates. You’ll emerge exhausted but enlightened.

The only time the shop’s ever been so emotionally charged as it was for our ‘Ghosteen’ album playback, was the day of Bowie’s passing. There were tears (freely flowing and being repressed), lumps in throats, hugs and above all, aside from the sound of sobbing, there was silence. Quietude. Stillness. Calm. Peace.

“It’s a long way to go to find peace of mind” (‘Hollywood’). We can but hope that Nick feels even a fraction of the catharsis this record has imparted on his ever-faithful disciples and that hope is ostensibly valid: “The very thing we thought would destroy us, now becomes a fierce source of creative power, as if our departed are breathing an essential energy through us” – Nick Cave.

“an endlessly giving and complex meditation on mortality and our collective grief.” 8.8 - pitchfork 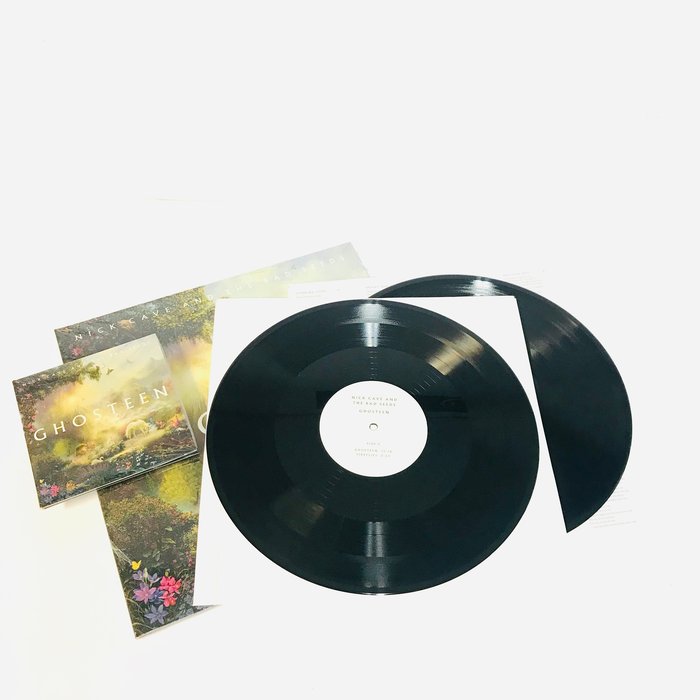