WE HAVE COLUMNS FOR YOU, by Lucy Sante (their first autobiographical writing for us, touching and brilliant); we have a tear-jerker of an advice column by Mimi Lipson; the tapes column is more succinct this time; the forgotten hip-hop column is on the enigmatic Son of Bazerk!; we revisit the roadside America column with a dinosaur theme because why not; we take a look at forgotten early Hawaiian music in the reissue column; we go into detail about why the mysterious Seymour Glass from Bananfish matters so much; and there’s a terrific first-person account of growing up in DC right when Fugazi hit and why that band was such a crucial signpost for misfits of all stripes at the time.

Our columns alone are worth the price of admission, hah. FEATURES Raymond Pettibon: In a wide-ranging and sweet interview by Adam Woodhead Pettibon walks us through his entire career, and even makes economics sound interesting. John Waters: We have a beautiful discussion on the merits of transgression in today’s climate by Feral House publisher and old friend Christina Ward. Cheri Knight: The great Seattle-based scribe Dave Segal goes deep on this neglected experimental pop musician from Olympia in the '80s. David Nance: Editor Mike McGonigal is fascinated by the way Nance manages to mix up tributes to other artists, and collaborations, with such deeply strong solo material. Amy Ruhl:The cinematic visual artist is explored in depth by Chelsea Wolfe. John Brannon: Check it out: we have the most epic and excellent career spanning photo packed feature by Brannon’s longtime photographer Doug Coombe. Melvins photo tour diary: Entirely by Buzz Osbourne, photos and words -- this is like a dozen pages and so and taken just months ago. It’s really rad, all shot on their first tour in forever! Lidia Yuknavitch: Alex Behr turned in a brilliant interview with the cult writer. Kan Mikami: The Japanese outsider blues-folk musician and actor is interviewed by the LA-based saxophone player and composer Patrick Shiroishi The Willies: And here we have thanks to Tyler Wilcox the most Maggot Brain type article, a big in-depth, lyrical feature on the Feelies ambient offshoot who have never been written on in-depth. The band’s connection to Downtown minimalism has never been written on this way, and basically you will for the first time understand how the band morphed from the first record into the second, and at least part of why there was so much time in between. We’re not worthy! Sarah Elizabeth Schantz: We have some brilliant and timely fiction that deals with gun violence by this great writer. Doorman Memories: Tim Abbondelo delivers a poignant set of memories (in the style of Joe Brainard’s celebrated long poem I Remember) on his days as the doorman to a midsize indie venue. 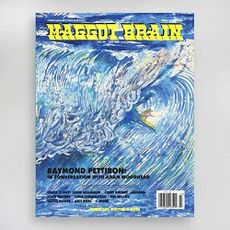