mesmeric, kaleidoscopic modern soul that’s unmistakably english yet encompasses a wealth of global influences - fans of everyone from daft punk to todd terje to disclosure to justin timberlake to tv on the radio's 'dear science' album, will feel their groove.

the london-based collective are based around a core musical duo of lifelong friends known simply as ‘J’ & ‘T’, who expand to a thrilling 7-piece live. a future-pop classic in the making & the sound of summer 2014 for sure. "a surefire summer party-starter but comes with a subtle dark side...funky & reflective, ominous & ecstatic, as pouty as it is party" 8/10 - nme, "A mixture of fantabulous dance moves, mesmerisingly cut shapes, inner-city decay & otherworldly glaring, they conjure visions of the likes of Prince sauntering around Chatham Estate in all his purple glory" 8/10 - lineofbestfit. 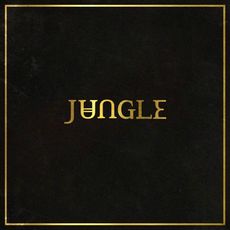