to pimp a butterfly


a superbly sprawling, maximal, soul-infused record from the gifted rapper taking a clear influence from D'angelo & the roots along with guest spots from Dr Dre & Snoop dogg & even a sample from sufjan stevens.

the production is of a similarly exceptional quality as 'good kid m.a.ad city' & if that album was his coming of age 'the bends' then this more experimental record is his 'ok computer'. Kendrick's brilliant flow & caustic intelligence still shines through so it's still a passionate hip hop album, just with plenty of crossover appeal too. "wry, theatrical, chaotic, ironic & mournful, often all at once" - 9.3 Pitchfork "You’re left disorientated & thrilled, which turns out to be the perfect preparation for a densely layered album on which any given song is liable to end up in a completely different place from its beginning." - 4/5 Guardian

tom recommends: the best hip-hop album of the year. a powerful record that takes in all manner of musical influences while lyrically lamar addresses issues both personal and political. 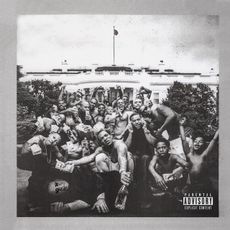