After returning to America in 1994 and producing the first Red Krayola record since ‘Malefactor’ (it was appropriately self-titled), Thompson was producing new Red Krayola material at a prolific rate - ‘Hazel’ was released the following year. 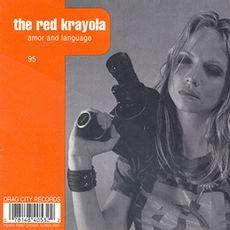