reissue of the 2007 debut album from Atlas Sound, the solo moniker of Deerhunter frontman Bradford Cox.

Citing the “ideas that I can't make work with a rock band,” the record is a beautiful and unparalleled meld of garage rock and ambient electronics. includes bonus 2008 six-track EP, ‘Another Bedroom'. “A gauzy bedroom pop album that drifts from ambient bliss-outs to sadsack avant-garage, from hospitals to heartache, as if passing through different stages of sleep on a sunny afternoon. No previous interest in Deerhunter required.” - 8.6/10 Pitchfork 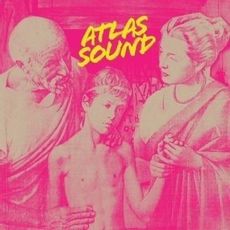