third album of wonderful jangly folk-pop from the London duo set that expands the group’s sound from their self-titled debut and their critically acclaimed 2nd effort ‘Green Lanes’ into mellow guitar magic that astounds every time.

accompanied by recent live drummer Melissa Rigby, who drums on the entirety of ‘Dusk’, her skills lend a rhythmic elasticity to songs like ‘A Portrait of Jason’ and ‘I Can’t Run Anymore’, with jazzy undertones that break from the band’s previously unadorned 4/4 leanings. the record feels different, occasionally veering towards yo la tengo / beach house territory, and cements the group’s presence in the modern world guitar pop, finding voice in the allure of quietude. “Ultimate Painting’s fullest record yet.” – 7/10 the line of best fit 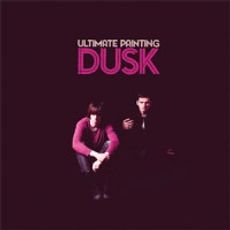