Find Me Finding You


synth lines undulate amongst surreal guitar textures whilst the bottomless pulsing of bass pedals emerge from the mix with exquisite vibrancy, & sadier’s voice drifts above this, mesmerising us all.

From its percolating opening beat, this album locates new systems within the sadier sound-universe. she was inspired by a mind’s-eye envisaging of geometric forms and their possible permutations. As she sought to replicate the shapes in music, this guided her creative process. Laetitia recognised the energy of the tracks in their initial form, and sought to preserve their vitality by not retaking too many performances — instead, the rawness in the tracks was retained and refined at the mixing stage, maintaining an edge throughout. 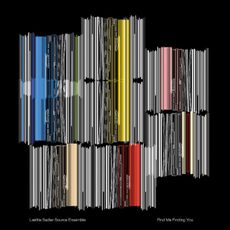