Robin pecknold & his band of bearded men return after 6 years with their 3rd album of sprawling folk-rock that holds true to their distinctive sound, whilst being ambitious & a little less stable (in a good way).

lead single ‘Third of May / Ōdaigahara’ serves us a perfect summation of the album - a nearly 9 minute epic powered by piano & electric twelve-string guitar, string quartet & the group's trademark sparkling harmonies. "re-asserts their exalted tug on the heart by testing it at ever-greater distances from known shores" 4/5 - record collector, "In the midst of the endless formula tweaking & inventive twists, there is nary an ill-advised departure or split-second of suggestive identity crisis. It’s all fresh & it’s all Fleet Foxes" 10/10 - sputnikmusic. 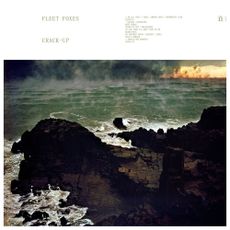