wolf of the cosmos


with banjo tenderly in hand, the prince’s intimate covers of Norwegian artist susanna’s stunning 2007 lp make for a warm record that defines the concept of beauty in simplicity.

for while the notion of a back-to-front cover album of an underappreciated decade-old album from a Norwegian minimalist artist sounds a little arch, this is Oldham on simply sublime form. Contemplative, and often politically charged, these are sumptuous reimaginings, performed with poise by his assembled players, nothing overplayed, every brushstroke made to count. and the voice is, as ever, as comforting and well-worn as your favourite old sweater. lovers of Molina, stevens, callahan, kozelek – you know what to do. “one of the best Bonnie Prince Billy albums for a while” – no more workhorse 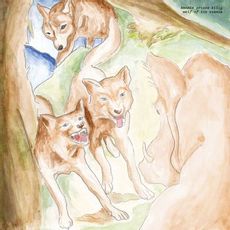