these castleface darlings spew forth stark, electro-psych-punk that’s cathartic in its attack, yet addictive in its scuzz-pop melodies, a la fat white family.

fronted (& backed) by a singing drummer whose commanding words breathe fire over his own brutal, fractured, pogoing beats, the band is further fuelled by indecently throbbing, greasy basslines that penetrate the mind, & reeling, wailing keyboard riffs that don't sound like they belong on this physical plane of existence! “Futuristic & yet drawn from the same sonic sludge that all mankind derives from, they live & breathe early Los Angeles-punk vibes while still innovating at every turn. For fans of Screamers, Suicide, Chrome, & yes, a hint of a down unda Birthday Party.” — John Dwyer. 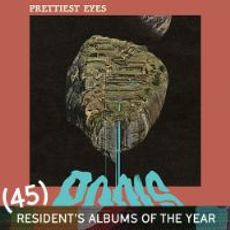