The Chills’ second album from 1990 is their much-praised major label debut that includes the effervescent, euphoric opener ‘Heavenly Pop Hit’.

Back on vinyl for the first time in three decades, this much sought-after LP has finally been reissued on Fire Records - a super sweet moment of ear candy, perfect for rediscovery. ‘Submarine Bells’ had folk-like rounds, brusque punk swagger, psychedelic hues and Phillipps’ off-kilter vocal; all accent, all attitude, soft, then hard. It made for a magnificent half hour plus, too good to transcend to the airwaves, so timeless it still simmers beautifully. A rich tapestry of sound with a nod to early Teardrop Explodes and a host of indie pop legends. There’s the nagging, incessant ‘Familiarity Breeds Contempt’ midway through, and the glorious baroque pop of the closing title track. It is music that became acclaimed as birthing the term ‘indie pop’, but it was so much more than that.. “Utterly immaculate” Pitchfork // “The Chills distilled post-punk with the sweet delivery of Phillipps, making it sound like The Fall paying homage to Prefab Sprout. Something that rare.” Perfect Sound Forever // “A lovely record indeed, a mere thirty-six minutes and not a second wasted… such a fantastic release ” AllMusic 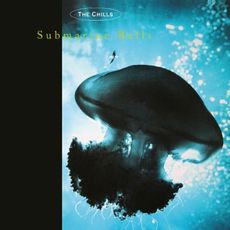