‘Who Am I?’ is the second album from indie-pop icons Pale Waves, due for release on February 12th 2021.

Recorded in L.A. over early 2020 with Rich Costey (Muse, Biffy Clyro, Sigur Ros), and led by the unabashedly huge lead single ‘Change’, it finds the Manchester band stepping up once more, fulfilling the promise of that widely-lauded debut album and striding towards pop megastardom. Many thanks Amy 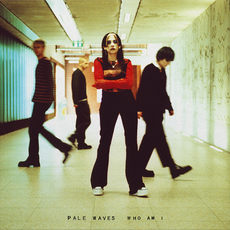