Juniore return with a dub of "Walili" from last year's Un Deux Trois and an instrumental version of Tes Cheveux (taken from the bonus 7" which accompanied the Dinked version of the album).

Whilst holidaying in Italy a laptop was mislaid in a restaurant and was later handed into the Polizia by a good Samaritan. Little was thought of the incident until Anna-Jean opened the machine to discover a message on the desktop saying "a gift" signed by Al Babi, and a wav of the dub Walili. This was one of the more pleasant surprises 2020 had to offer, and after a little thought it was decided to release this gift to the world as a seven inch. Should anyone know the identity of Al Babi, please do let us know. Abandoning Paris to be closer to family during lockdowns and having their European and UK tour postponed in April, and then again in October, we're hopeful that it'll be third time lucky and they'll be back on stage in April and May 2021. 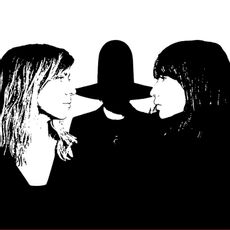