“There's acuity, pathos and wit, deadpan storytelling over catchy, snaking riffs and relentless grooves” - The Guardian “Yard Act have cemented themselves as one of the most exciting bands on this Green earth” - So Young Having sold out their first two 7”s in double quick time, and in response to huge demand, Yard Act have compiled their first four tracks on Red Ash vinyl, limited to a run of 1500.

Yard Act formed in Leeds in late 2019 when Ryan Needham found himself temporarily living in James Smith's spare bedroom. The two had been pub associates for years, but their new living circumstances served as a catalyst for their friendship and creative partnership which saw them fuse James' interest in spoken word with Ryan's primitive proto-punk demos using an ancient drum machine and borrowed bass guitar. Yard Act’s rise since arriving in March 2020 with debut track ‘The Trapper’s Pelts’ has been nothing short of extraordinary, even without the opportunity to showcase their incendiary live set. Their first releases last year proved an instant hit with national newspapers (The Observer, The Times, The Independent, and The Guardian) and radio stations (BBC Radio 6 Music (‘Fixer Upper’ and ‘Peanuts’ were both daytime playlisted), BBC Radio 1 and Radio X) alike. The band rounded off 2020 with spots on the NME 100, Dork HYPE List, The Daily Star ‘Ones to Watch 2021’, Gigwise ‘21 for 21’, and Selector Radio’s ‘New Wave Artists 2021’. Single ‘Fixer Upper’ landed on Loud & Quiet and So Young Magazine’s ‘Tracks of the Year’, while ‘Peanuts’ earned a place as BBC Introducing West Yorkshire Track of the Week, as well as being playlisted at NME, So Young, and The Independent alongside appearing on the cover of ‘The Punk List’ and ‘Hot New Bands’ at Spotify. 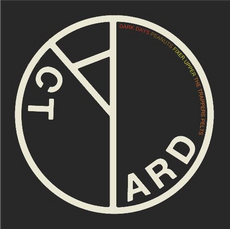