The Fields Lie Sleeping Underneath (2021 reissue)


The music on 'The Fields Lie Sleeping Underneath' was inspired by Frances' local London neighbourhood, a soundtrack to the past beneath the pavements, its early grass covered hills, Victorian heyday, and 20th century sprawl.

Recorded at home in an attic room over a year, she has patched and stitched together an orchestral jigsaw puzzle of sounds that hint at audio memories, ghost orchestras, cinema organs, folk song, and static and crackle. 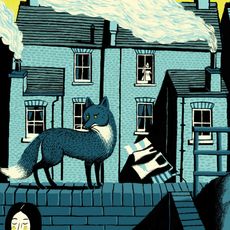