This Is Really Going To Hurt

”Nothing in the world is worth having or worth doing unless it means effort, pain, difficulty” - Theodore Roosevelt In late 2018, UK indie sensations Flyte were riding high off a successful US tour and a string of well received releases including their breakthrough LP The Loved Ones. The band began the process of writing a follow-up, which became the White Roses EP, but the months following were wrought with behind-the-scenes turmoil including personal issues, break-ups and even the exit of founding keyboardist/guitarist Sam Berridge. After some retooling and reflection during a tour in support of the EP, Flyte refocused their efforts on a new batch of material that would channel those recent feelings of loss, regret and catharsis towards the studio in early 2020. “Easy Tiger,” the subject of a video by BAFTA winning director Mark Jenkin, is the first track to emerge from those sessions. The latest single from the London-based outfit is an ethereal and serene track driven by a melancholic acoustic guitar riff, while an eerie ambient backdrop and string accompaniment via Derek Stein (Grammy-nominated Wild Up, Yves Tumor) adds a layer of depth rarely seen in this age of cheap synth plug-ins and home recording. Recalling the eclectic approach of You Forgot It In People-era Broken Social Scene and the emotional punch of works by Will Sheff (Okkervil River), “Easy Tiger” feels timeless while rooted in the now– a well-crafted production via Justin Raisen (Angel Olsen, Ariel Pink, Kim Gordon) punctuates Flyte’s old school approach to songwriting with modern touches. The decision to record the new material in Los Angeles was borne out of the “Won’t Be Home for Christmas” recording session in addition to introspection– a fresh start and self-imposed “musical rehab” was needed following the personal turmoil surrounding the White Roses EP. “We had been in London for all of our life and with all the recent changes, we wanted a new start somewhere,” recalls founding member Will Taylor (lead vocals/guitar). “We felt that a lot of our favorite music was coming out of New York and LA lately, and I think there was an edge and a slight darkness about the songs because Los Angeles is sort of alienating in so many ways. There’s also something very restful and retrospective about being in a new city that we didn’t know.” The success of the White Roses EP helped solidify the band’s trajectory and gave rise to a new found approach for Flyte rooted in confidence and vulnerability. “We just want to sound like ourselves, which means telling the truth,” admits Taylor. “It’s been tough to break through 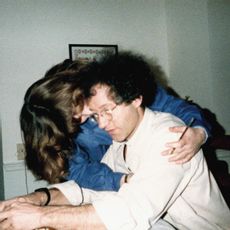