A tale that began in Michigan & was crystallised in Iceland, the compulsive over-sharer goes deep on this one (not that he’s exactly danced around subjects in the past).

John’s fifth solo album wades knee deep into the political turbulence of 2020 America, in his own inimitable experimental art-pop vernacular.

John Grant arrived at the studio to begin recording his fifth solo record, Boy from Michigan, on 1st March 2020. “So, basically right at the beginning of the pandemic nightmare and all throughout the Presidential campaign,” he says. For Grant, lockdown was largely academic. He is insular by nature and removed himself from his native America in 2011, decamping to Iceland. From afar, the US Presidential race loomed large, though, igniting potent memories of the country which shaped John Grant. 2020’s temporary destabilising of world order suits Boy from Michigan’s intent just fine.

Somewhere in the last decade, John Grant established himself as one of the great musical chroniclers of the American Dream, angled mostly from its flipside. What if everything you were promised, if you worked hard, loved hard, played and prayed hard, it all turned to ash? “That’s where I was throughout this whole thing,” he notes. “These songs feel visceral to me. You end up marinating in the spirit of that place you grew up in. Some people really thrive in that.” Many don’t. Grant stopped being a boy in Michigan aged twelve, when his family moved to Denver, Colorado, shifting rust to bible belt, a further vantage point to watch collective dreams unravel. “I quickly learned all about the American caste system and where I fit in. Or didn’t,” he says. The repercussions of both remain.

A compulsive over-sharer, Grant lays it all out for careful cross-examination in his most biographical work. In a decade of making records by himself, he has playfully experimented with mood, texture and sound, all the better for actualizing the seriousness of his thoughts. At one end of his musical rainbow, he is the battle-scarred piano-man, at the other, a robust electronic auteur. Boy from Michigan seamlessly marries both.

Grant is the misfit’s misfit: too weird to be mainstream, too mainstream to be weird; too sad to be happy, too sharp not to crack a mordant joke about it. The dolorous ace in his song-writing pack is to gauge impressionistic childhood experiences against their amplified adult consequences. “The American Dream can cause scarring and some nasty bruising,” he sings in the opening, title song of the new record. “The American Dream is not for weak, soft-hearted fools,” it resolves.

Boy from Michigan sets out its stall early in order to fan his lyrical deck wider. The record’s impressive reach builds toward conclusions, where once recriminations and questions lived. Grant knows America well enough to document it in microscopic, painterly detail. The brittle intensity of the early life experiences of a middle-aged man twist stealthily into a broad metaphor for the state of the nation.

A John Grant album always feels like vignettes divined from a tart book of poetry. Boy from Michigan is the author’s shaggy-dog story, a novelistic approach where songs are more like chapters in a leatherbound book bought from a favourite thrift store. “I guess I’m just thinking about where I came from,” he notes, “and what I went into.”

With Cate Le Bon in the production chair, Grant has pared back his zingers, maximising the emotional impact of the melodies, stripping the noise of vaudeville and mood-enhancing a fruitful, spare, strangely orchestrated new world for him to live in. A clarinet forms the bedrock of a song. One pre-chorus feels lifted from vintage Human League. There is a saxophone solo. The record swings between ambient and progressive, calm and livid.

Grant first met Le Bon when they performed on the Park Stage at Glastonbury in 2013 and they quickly became friends and fans of each other’s work. She subsequently duetted with Grant at the Royal Albert Hall in 2016 with John returning the favour at Green Man in 2018. They often talked about Cate producing an album for him. “Cate and I are both very strong-willed people, which is excellent”, says Grant.  “Making a record is hard on a good day. The mounting stress of the election and the pandemic really started to get to us by late July and August. It was at times a very stressful process under the circumstances, but one which was also full of many incredible and joyful moments.”

With the frenetic backdrop to its incubation playing out in the distance, the narrative journey of Boy from Michigan opens with Grant returning to his artistic prettiest. It begins with three songs drawn from his pre-Denver life: the title song, The Rusty Bull and County Fair. “It’s my Michigan Trilogy,” he says. Each draws the listener in to a specific sense of place, before untangling its significance with a rich cast-list of local characters, often symbolizing the uncultivated faith of childhood.

“The American dream is only about money,” he states baldly. After they initially became friends, Le Bon encouraged Grant to read Kurt Vonnegut’s Slaughterhouse Five. “He talks about how poor people in the States have been made to feel ashamed of themselves. If you’re not making millions of dollars, it’s because you are not trying, and you don’t love yourself enough. You are a failure as a human being. And it’s fucking perverse.”

Tracks four and five, Mike and Julie and The Cruise Room, are perhaps the most affecting of the record, plunging deep into Grant’s late teenage years in Denver. In the former, an atypical ambient swell, Grant is confronted by a friend who wants to be with him, a man he brick-walls by purposefully positioning a mutual female friend in between as he cannot yet face his own sexuality. “Mike was the first guy I had sex with. He went to our church and was my best friend for years but I was never once able to talk to him about what happened between us.” In the latter, he revisits the untouched, faded grandeur of the Art Deco bar at Denver’s Oxford Hotel (“just fucking gorgeous”) for one last night as a young man before trying his luck in Germany, to see if Europe is a better fit. Patsy Cline plays on the jukebox. Cassettes are swapped. Promise still exists.

Childhood as a horror narrative returns on Dandy Star, observing the tiny Grant watching the Mia Farrow horror movie See No Evil on the old family TV set in which a blind girl arrives back at her Aunt and Uncle’s home after a date and, after sleeping through the night, awakens in the morning only to discover gradually that everyone has been murdered. Of course the killer comes back to finish the job. The song is a love letter to the girl’s horse, Dandy Star,  who blinded and ultimately saved her character. “I was too young to be watching that,” he says, “it was sort of blurry and it terrified me and I never forgot about it. I searched for it for at least 25 years before finally finding it again.”

These nine songs are the tumescent prologue to his grand climax. The pure smut of Your Portfolio imagines the US economy rewritten as a throbbing libidinous cock. “It’s where we are now in The States,” he says. “We worship money and any pretence that there’s any worship of anything else going on – like a loving God, for example – is just pathetic. Character doesn’t matter. Intimacy doesn’t matter. Nothing else matters. Wealth is sexualised. It’s a poem in honor of money. The song sounds funny, but I think it’s probably one of the darkest and most serious on the record.” Here lies another Grant signature song-writing move: you’re laughing now but, honey, you’ll be crying by the way home.

In The Only Baby he finally removes his razor blade from a pocket to cleanly slit the throat of Trump’s America, authoring a scathing epitaph to an era of acute national exposition. He positions the former president as the bastard child of the nation’s virgin mother: “Don’t look so glum/There’s no reason to be sad/Because that’s the only baby that bitch could ever have.” As a final coda, on Billy, he gets to the causation of all this, a prevalent culture of hyper-machismo, one which fashioned us all for failure.

“These songs are about taking responsibility,” says John Grant. “On every one of my records I talk about a cruel truth of the world, that whatever happens to you in your first eighteen years, if you don’t go out and thrive and succeed, people say ‘What the hell is wrong with you?’ It doesn’t matter what was done to you or how bad it was. You are responsible now for getting over it, having a life and figuring out how to thrive. And of course that’s the only way it can be.”

The final irony. In his own accidental, skewed manner, John Grant may just have nailed, if not the, then at least an American Dream. Bruised and scarred he may be, but the boy from Michigan is no weak-hearted fool. Success has multiple weighing scales and measurements, not all pecuniary. 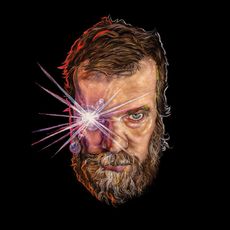 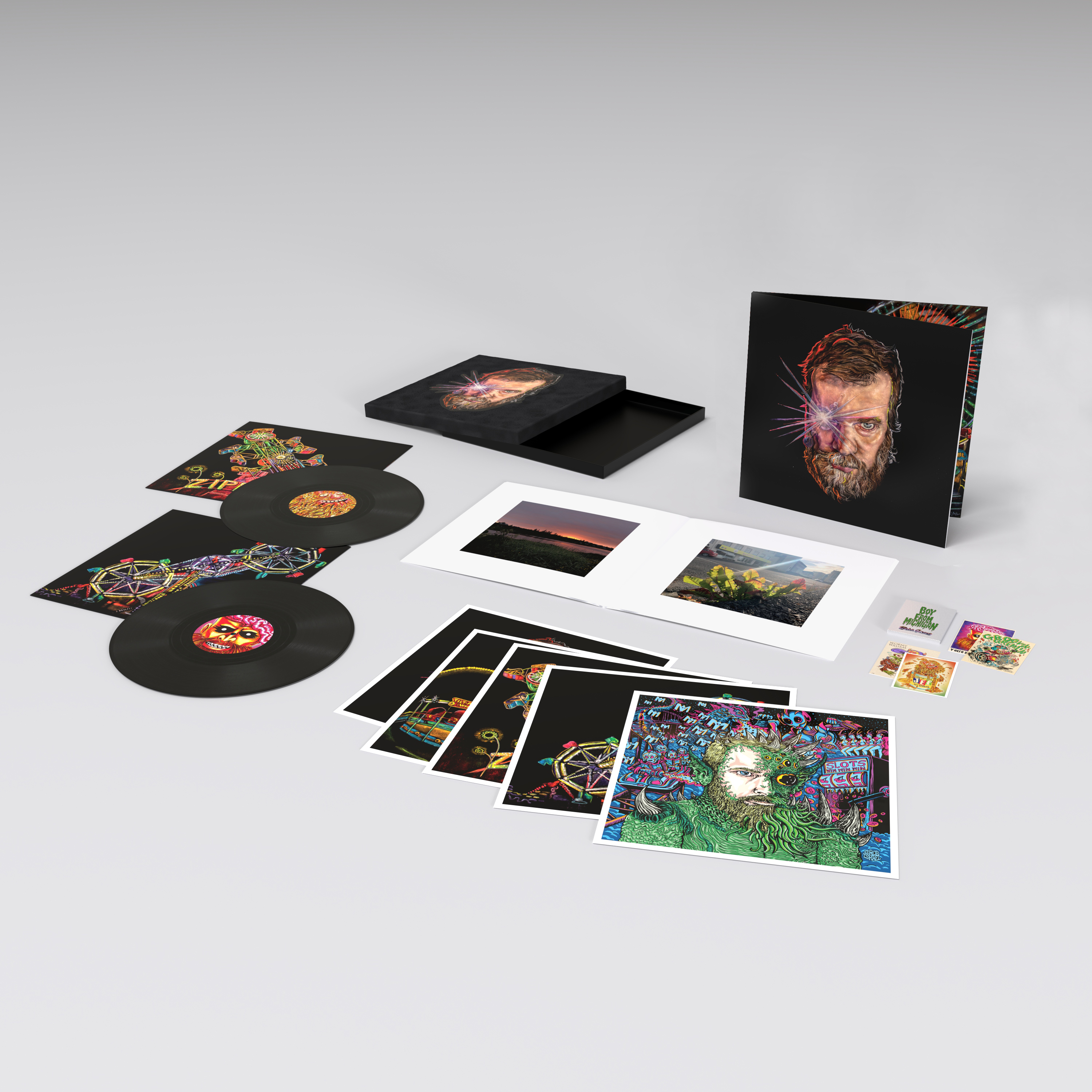