‘The record is inspired by the idea of humanity’s ever-increasing entanglement with technology and artificial intelligence, balancing fears and moral concerns with the possibilities of evolution’s next phase’ A new Soccer96 album is a chance for Danalogue (Dan Leavers) and Betamax (Maxwell Hallett) to return to something of a spiritual creative home.

Between them, the keyboardist and drummer have become synonymous with the thriving London jazz scene and, in their mind-bending incarnation as the astral synths-and-drums pairing, they’ve traversed stylistic worlds. Over nearly a decade, the duo have metamorphosed from a DIY outfit whose rough-edged recordings hit with a punk spirit, to cosmic dreamers that use sound to travel the reaches of the mind. First single Dopamine features Nuha Ruby Ra on vocals who sings from the perspective of human and machine throughout the track. This concept overlaps with the music seamlessly, forming a meeting point between technological and human exploration. Dialogues between the band and Nuha crystallised a shared vision of a future where humans and artificial intelligence are entangled in a codependent relationship based on the giving and receiving of pleasure hormones, the robots only source of dopamine is to receive it from humans, and the humans’ ability to unleash the monsters of the worst of human emotion. Danalogue and Nuha sing together ‘It’s a Long Way down’ .. the feeling of jumping from the cliff of our current state as humans and ‘free-falling’ into the unknown of robot-human intertwining. By the outro they are pleading with each other over their dopamine co-dependency, in terms of both giving and receiving the hit. "Dependency leads to free-falling integration, a moment of freefall into robotic consciousness. Humans and machines are locked in a dance of addiction." explains Betamax. Soccer96 has always been a vessel for Danalogue and Betamax to find clear water from their multitude of other collaborations, their most notable being as two-thirds of The Comet Is Coming alongside Shabaka Hutchings. Danalogue’s other recent production credits include Snapped Ankles and Calabashed, whilst Betamax has been making music with Champagne Dub and Coma World. “Through collaborating with various artists and developing our own sonic language, it feels like we have created a sound of our own,” says Danalogue. “Now we think less literally and take more liberties to not necessarily sound like a duo. It’s more like a production team that can be augmented or stripped back depending on what the music calls for.” Dopamine, though, sees the pair back together once again, incubating their findings of the past two years and moving Soccer96 into new territories. The record is maybe darker in some senses than what they’ve put out before; it’s inspired by the idea of transhumanism and humanity’s ever-increasing entanglement with technology and artificial intelligence It balances fears and moral concerns with the possibilities of evolution’s next phase. “The LP title Dopamine refers to the type of neurotransmitter associated with pleasure, that enables technology to hack into our minds and control us, creating addiction, dependency,” Betamax explains. Dopamine began life as a sonic reaction to the graphic novels of ‘Moebius’ Jean Giraud. The duo then started swapping reel-to-reel tape ideas through each other’s letterboxes in lockdown, before eventually convening in the studio and displaying one of the revered French artist’s images in the middle of the studio for inspiration. “All musical decisions would centre around this image,” Betamax says. “It was a depiction of a cosmic traveller gazing across a desert at a sort of crystal city. If the music was resonating with the image then we knew we were on the right path. We are both glad there is a lot of emotional warmth underpinning the whole thing. We are trying to connect with the human essence at all times.” 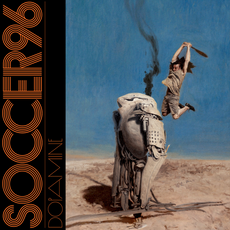 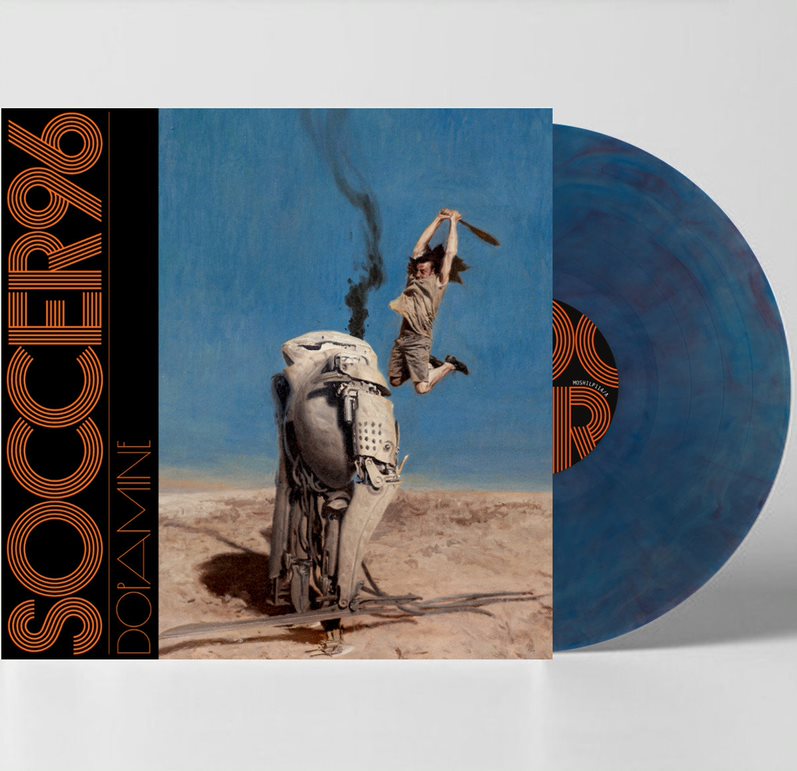