Which Way To Happy

preorder any format above with "instore entry" for guaranteed priority entry for you & a guest!.

we would strongly encourage everyone to do a lftest before attending & wear a mask in the shop during the event as you will be in the shop for a longer time than usual.

When you’re trying to make it through tough times, you need a little light to find your way. That light blazes brightly on the alchemical second album from Penelope Isles, an album forged amid emotional upheaval and band changes. Setting the uncertainties of twentysomething life to alt-rock and psychedelic songs brimming with life, colour and feeling, Which Way to Happy emerges as a luminous victory for Jack and Lily Wolter, the siblings whose bond holds the band tight at its core.

Produced by Jack and mixed by US alt-rock legend Dave Fridmann, the result is an intoxicating leap forward for the Brighton-based band, following the calling-card DIY smarts of their 2019 debut, Until the Tide Creeps In. Sometimes it swoons, sometimes it soars. Sometimes it says it’s OK to not be OK. And sometimes it says it’s OK to look for the way to happy, too. Pitched between fertile coastal metaphors and winged melodies, intimate confessionals and expansive cosmic pop, deep sorrows and serene soul-pop pick-you-ups, it transforms “difficult second album” clichés into a thing of glorious contrasts: a second-album surge of up-close, heartfelt intimacies and expansive, experimental vision.

These extremes come into sharp focus on ‘Terrified,’ a reflection on anxiety set to a dreamy sunburst of psychedelic jangle-pop. As Jack explains, “I love that juxtaposition. It reminds me of when you’re feeling a bit delicate or not ready to socialise but you have to go out because you need milk for tea. Then you go to the supermarket and you bump into someone you kind of know and you have to pretend that everything’s OK when, really, you’re dying inside.”

With the album’s almost prog-psych ambitions on fulsome display, ‘Rocking at the Bottom’ taps coastal motifs for a call to embrace open possibility, twinkling with hope over a deep space-rock bass line and a phased Hammond. In an album of fluent dynamism, ‘Play It Cool’ offers a swift tonal about-turn, emerging from Lily’s gloriously in-character vocal as a sweet soul-pop message to the troubled self amid rousing drums, lush glockenspiels, creamy harmonies and wonky guitars. Warm and rippling, ‘Iced Gems’ is a sorrowed lament, played out over the gentlest of fluttery keyboards and experimental electronic sounds – plus, samples of carrot crunches. Written over a couple of years, Lily’s ‘Sailing Still’ charts the life of a relationship to a slow-burn and sorrowed soundscape of dulcitones, cello, violin and more: building in increments to a climax of measured grandeur, it sustains a sense of intimacy in a framework of great scope.

The album swerves into Mercury Rev and MGMT’s cosmic slipstream with ‘Miss Moon,’ a galloping centrepiece with an irresistible call to dream: “Hey, kids – look up!” As Jack says, “We wanted it to seem like lift-off.” After its exclamatory explosion, the psychedelic dream-pop of ‘Sudoku’ offers a mellowed invitation to turn off your mind, relax, float downstream. Steering the album through further contrasts, ‘Have You Heard’ is a feelgood flurry of insistent, pulsing space-rock; ‘Pink Lemonade,’ meanwhile, is a song of sweet, sharp beauty, touching on fading childhood memories and lifted by Fiona Brice’s strings. ‘11 11’ hosts Lily’s most tender vocal yet: recorded in one take through tears, it finds Penelope Isles at their most exposed, with Brice’s strings weeping in sympathy. Finally, ‘In a Cage’ cogitates on confinement yet finds solace in field recordings of happy, high times – a judicious note of meditative reflection after a giddy ride.

More field recordings were made during a stay at a small cottage in Cornwall, where Penelope Isles began work on the album. With romantic heartache already in the air, things swiftly got worse: lockdown began, claustrophobia kicked in and emotions ran high. As Jack puts it, “We were there for about two or three months. It was a tiny cottage with four of us in and we all went a bit bonkers, and we drank far too much, and it spiralled a bit out of control. There were a lot of emotional evenings and realisations, which I think reflects in the songs.”

At different point along the way, Jack Sowton and Becky Redford left the Isles. An old friend, multi-instrumentalist Henry Nicholson, stepped in swiftly – “A godsend after a low time,” says Lily. Another friend, Hannah Feenstra, contributed drum parts; now, Joe Taylor is the band’s drummer. After Cornwall, the band redid many of the rhythm tracks, recorded a little in Brighton, then recorded more in Cornwall at their parents’ house. “It was,” says Jack, “a proper rollercoaster ride.”

The ride continued with Fridmann, whose recent credits include Isles’ favourites Mogwai’s No 1 album, As the Love Continues. As Lily puts it, the process of sending Fridmann a mix, receiving it back in the morning and then having five hours to make decisions on it resulted first in stress, then in something sublime. “I love everything he’s touched – MGMT, Mogwai, Mercury Rev. He would turn our mix into this electric, fiery thing. There were some moments that were initially hard, like on ‘Miss Moon,’ where he took out the bass when it gets to the chorus. But now it’s my favourite bit on the record. He made everything so colourful. It’s an intense-sounding record – a hot record. It was so refreshing to have that blast of energy from Dave – it’s like he framed our pictures.”

Away from the confines of the cottage, the Wolters also opened the door to a collaboration with storied composer Fiona Brice, whose credits include John Grant, Lost Horizons and Placebo. A “big bucket-list tick” for Jack and Lily, the team-up results in glorious arrangements across the album: for Lily, ‘11 11’ stood out. “I was in absolute tears when she sent back the strings for ‘11 11’. It was like, oh my goodness, she’s nailed it.”

Flushed with resourceful detail, Which Way to Happy adds extra strands to the Isles’ ever-tightening core DNA. Born in Devon and raised on the Isle of Man, the Wolters’ bonds were already strengthened by separation when Jack (six years Lily’s senior) moved away to university at 19. As Lily grew older, they rediscovered their connection and formed a band called Your Gold Teeth. When both moved to Brighton, Penelope Isles came to being, fuelled by a passion for DIY alt-rock and all who sail its seas.

On its release, Until the Tide Creeps In received rave reviews from Q, DIY, The Line of Best Fit and many others, while finding champions in Steve Lamacq and Shaun Keaveny. It also become part of a lifeline for music fans during the 2020 lockdown when the band participated in Tim Burgess’s Twitter Listening Party. Meanwhile, extensive touring saw the Isles develop into a formidable live force, with ‘Gnarbone’ emerging as a sure-fire show-stopper.

Now, the Isles have 11 more show-stoppers to add to the mix. At the album’s heart, the band’s core traits have never been stronger: the bond between the Wolters, a sensitivity towards complex feelings, a desire to celebrate life in all its facets and an ambitious reach combine to create an album that feels utterly, emphatically present on every front, rich in depth and uplift.

“There’s so much love between me and Jack, we couldn’t do it without each other,” says Lily. “And even in that chaotic, tiny bubble of a cottage that sent us all mad, we had some really funny, stupid, lovely times together. There’s a lot of emotion in the album.” Wherever Penelope Isles go from here, that guiding emotional compass couldn’t be more finely attuned. 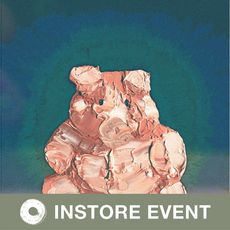 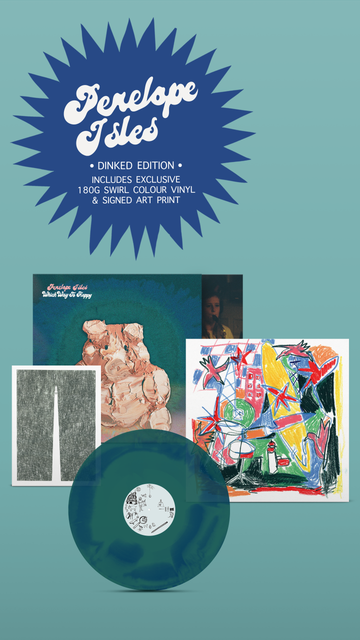