a handsome collection of the classic brit-pop band's first 5 singles, including b-sides.

No band epitomised Britpop more than Menswear. Singer Johnny Dean, guitarists Chris Gentry and Simon White, bassist Stuart Black and drummer Matt Everitt formed in London in mid 1994, playing a handful of gigs that prompted a label bidding war and countless magazine covers. They delivered a string of UK Top 20 singles: ‘I’ll Manage Somehow’, ‘Sleeping In’, ‘Stardust’, ‘Being Brave’ and the undeniable Britpop classic ‘Daydreamer’. While the speed of their success surprised some; their style, attitude and riotous live shows defined the times and they became one of the most popular bands of 1995. 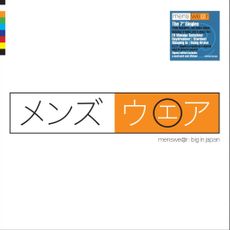