this luxury set brings together the highlights of Sinead O'Connor's four albums available via Chrysalis Records.

Originally released in 1997, it features the Number 1 worldwide hit “Nothing Compares 2 U”, as well as her early singles “Troy” and “Mandinka”. This record showcases Sinead’s enormous talent and fearless uncompromising style. Available on vinyl for the first time. The album is presented in a 5mm sleeve and includes the tracks “Success Has Made A Failure Of Our Home”, as well as “Heroine” and “Just Like U Said It Would B” which were previously only available on the US version. 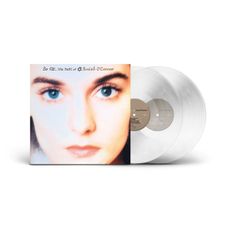