status Quo has been on the top of the music scene for ages.

With the most UK chart hit singles, most appearances on BBC’s Top of the Pops and a career total of 25 UK top ten albums, there is no doubt why Status Quo is one of Britain’s longest-running bands. In 1962 the band started as the beat group The Spectres. It was around 1967 when they discovered psychedelic rock music and changed their band name to ‘Traffic’, which was later changed once again to ‘Traffic Jam’. Later that year Rick Parfitt joined the band, which initiated another change of names, this time one that has stuck: Status Quo. 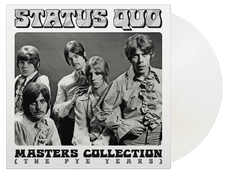