This unique record is an uplifting celebration of Black music that, thanks to Cross' pioneering approach, helps to redefine the sonic possibilities of the tuba. Reflecting his own heritage, the young virtuoso melds jazz with dub, hip-hop, soca, grime and other sounds connected to the Afro-Caribbean diaspora. Additionally, the record - which features Remi Graves, Shumba Maasai, Afronaut Zu, Ahnansé, Consensus and Oren Marshall - is Cross' first music to include collaborations with guest vocalists, adding a further new dimension. Theon Cross is at the forefront of the thriving London jazz scene. In 2015 he released solo EP Aspirationsand in 2019 followed it with his acclaimed debut solo album, Fyah. In addition to his solo endeavours, Cross is a core member of Mercury nominated group Sons Of Kemet and has collaborated with Little Simz, Stormzy, Moses Boyd, Nubya Garcia, Kano and others. 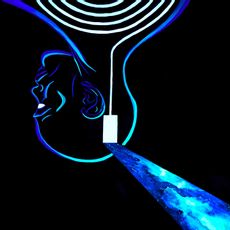