In a series of epic, cinematic soundscapes, Penny spits tales of the grotesque and absurd.

Gargantuan sermons delivered in counter to swelling, emotive orchestration where he and former bandmate Eve Libertine deliver a slew of anti-capitalist weaponised poetry. With their carefully constructed verse they arm the listener against corrupt institutional powers as well as the abstract. High concept and highly descriptive, these vivid and dramatic pictures are painted with artful, honest passion against a monstrous, post-apocalyptic backdrop. Recorded and mixed over the year 2011 and then remixed in 2019 (it took all that time to see the depths), 'Corpus Mei' brings together two disparate elements and makes them as one – Penny Rimbaud and Youth. Rimbaud is perhaps best known as a founder member, drummer, and lyricist of the seminal anarchist punk band Crass. Since those times, he has dedicated his life to the headier pursuits of poetics and philosophy. Youth, whose post punk band, Killing Joke, remains a vibrant musical force, has at the same time become one of the most sought-after record producers of today. Realising from the outset that they shared an interest in the creation and promotion of “matters spiritual”, these two now legendary characters set out to recreate and externalize the dream that it might further become a living reality. The process was this: Youth would present the track and Rimbaud would finger his way through the pages looking for the right words, at which point the vocal recording was made, on all occasions on first take. In each case the results were absurdly precise, falling together in a natural, organic manner as if the tracks had been composed specifically for the chosen lyric. For example, Youth had composed a track whilst sitting on Mount Sinai. Without knowing its history, it was to this track Rimbaud chose to add his landscape poem, 'You Brave Old Land', written whilst travelling through Wordsworth's treasured Lake District - a psychic knot was tied. On another occasion, Youth played a track which to Rimbaud's ears was clearly, unintentionally, an arrangement of 'Somewhere Over the Rainbow'. Again, the result proved the point – leave art to get on with its alchemic self and that is precisely what it will do: the magick being that it is no magick at all – it's a simple fact. 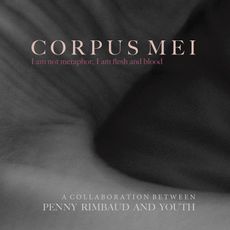