Massage (the coolest band in los angeles) new LP is called Still Life and can be filed under: Felt, Field Mice, apocalyptic romanticism (and, obviously, The Pains of Being Pure at Heart, as frontman Alex Naidus was part of the band years ago).

December 2021 will see the release of the second pressing of the quickly sold out sophomore album from one of the most prominent indie pop bands in the world: Massage. "Still Life knows and honors the traditions of its indie pop forefathers and foremothers" - Allmusic The Oh Boy debut album by Los Angeles based quintet, Massage, acquired a grower status that made it one of 'the' albums of 2019. It was as wonderfully 'jangly fey' as you might expect from a band with The Pains of Being Pure at Heart connections. (- Janglepophub) There are a dozen buzzed indie bands that might make their home in one or more of the sounds on Still Life and not be able to make 'em land like this. If you've taken a few rounds with aughts Captured Tracks and binged on the second life of Slumberland, you're already in the right place. Yet what makes Massage more than just an extension indie-pop's permanence is the effortless amalgamation of their influences. Those tight ringing guitars pull from the Sarah school, lifting bits of East River Pipe and Brighter. There's a bit of the propulsion and pop of Primal Scream's early days on Sonic Flower Groove. They dig deeper though - the September sighs of The Chesterfields, a swell of strings that recalls Blueboy mix with the breezy bigness of The Las and Sneetches. While the hallmarks are there, the band never makes a single track stick out as an homage. The past touches every moment on Still Life, but like seeds in the breeze their influences scatter to the corners of their songwriting, occasionally casting shadows but mostly just letting their scent linger faintly. It's hard to make indie pop capture a feeling of freshness, but Massage make it look easy (- Raven Sings the Blues) 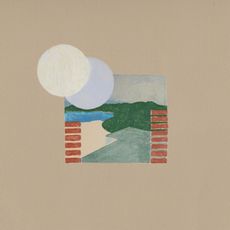