50 funky years of this soul-strewn, politically-savvy classic that shows no sign of ageing nor of slowing down.

Sly & The Family Stone are celebrating their 50th anniversary of There’s a Riot Goin’ On released December 10th 1971. The album was a commercial success featuring the hit single “Family Affair” reaching number 14 on the official UK chart. This was a departure from the optimistic psychedelic soul of previous records and shifted to a more political and militant vibe, perfectly encapsulating the turbulent political climate in the United States at the turn of the 1970s. To this day the album is highly regarded and continues to rank in many publications’ best-album lists, including 500 Greatest Albums of All time 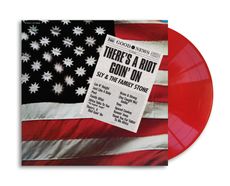