Born in Tehran, based in Brixton, Gale Paridjanian was raised in the multicultural melting pot of South London in a family home full of musical instruments. He picked up a guitar at a young age and launched himself onto his musical arc. A lockdown break from touring provided the space to explore fresh creative directions, inspirations and collaborations. Gale brought all these into his home studio to stitch together into a compelling set of personal songs; “I’d go around London looking for inspiration, bring it back to my garden shed and create freely, attempting to turn into sound what I’d seen that day - a painting, a fight, a story overheard. But sometimes I’m just trying to make music I want to hear, like a home-made Shazam playlist.” Everything is tied together by Gales’ authentically lo-fi production, intimate vocals and sultry acoustic guitar, floating across dreamily trashy beats and subtle offbeat electronics. Lead single ‘Thunderclouds’ is one of two collaborations with BBC 6 Music regular Eliza Shaddad. It's a tale of quiet evenings evolving into rowdy nights and ending up in full blown arguments. Eliza’s clear voice soars above a track that’s one part Bon Iver to two parts Velvet Underground. There’s fleet fingered guitar picking aplenty on ‘In The Rain’, and hushed campfire vibes to ‘Dark Clouds’, but this isn’t a folk album: ‘Zombie’ has the insistent push of 70s LA, ‘Need To Know’ drives like a Hall & Oates radio banger, and ‘There She Goes’ marries the cool of JJ Cale to the swagger of Britpop. Eliza Shaddad returns to duet with stunning effect on album standout ‘Offices’, with echoes of 90s slacker rock building to a shimmering climax. HIFILOFI SCIFIWIFI blends together a mix of honest emotions and influences into a sound that’s genuinely homespun and heartfelt. 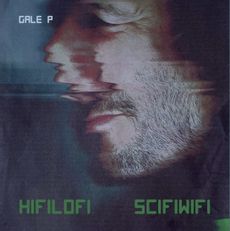