Free All Angels was the third smash hit album from Ash.

The album again reached No.1 within the UK and has since become a platinum record. The punk rock pop album contains mega hits including the Ivor Novello winner ‘Shining Light’, the NME single of the year ‘Burn Baby Burn’, ‘Sometimes’, ‘There’s A Star’, ‘Candy’ and Walking Barefoot’. Ash and BMG are proud to reissue Ash’s third LP ‘Free All Angels’ for the first time on vivid yellow and clear splatter vinyl. This album has not been re-issued since it’s 2001 release 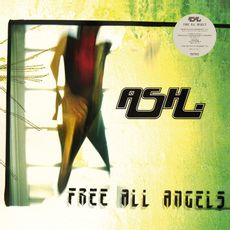