Reissue of the 1993 groundbreaking album which saw the band take a consciously quieter, subtler approach to that on the hugely successful 'Seven', turning in an album that could arguably be considered their artistic peak.

While there had always been a folky, rushed element to the band's work in its earliest days, the now-sextet, following the departure of trumpet Andy Diagram to concentrate on the Spaceheads, here focused instead on understated, moody compositions. Part of this approach no doubt had something to do with Brian Eno's production work, and certainly it's another feather in his cap - the band's quiet soundscapes a perfect combination of Eno's ear for space and vastness and the group's own abilities. 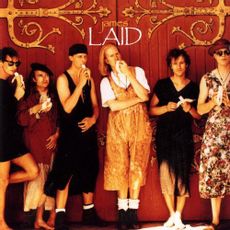