BOTH SIDES OF THE SKY


following ‘Valleys of Neptune’ and ‘People, Hell & Angels’ This third and final volume in the astonishing trilogy of previously unreleased material compiles 13 dynamic studio recordings made between January 1968 and February 1970.

Notable collaborators include Stephen Stills. “instead of racing fractionally ahead of the beat as he did with the experience, here Hendrix plays slightly behind his rock-solid rhythm section, adding a sense of self-assurance o these 1969 sessions.” reissue of the month – uncut. 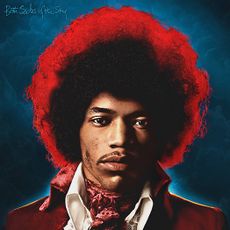