this was the first to feature production by Trevor Horn, whose lavish orchestrations marked a new sonic direction for PSB, and they sound even lovelier on this 2018 remaster.

***this cd features the original album plus a whole 2nd disc of bonus material, such as demo versions of ‘Don Juan’ and ‘Domino Dancing’, seven-inch and disco mixes of ‘Losing My Mind’ and ‘Left To My Own Devices’. the record also saw Pet Shop Boys introduce a new approach to the format of an album and its respective singles: each of the 6 tracks on the album’s original track-listing is over six minutes in length, and they were later edited to fit the more traditional format of a seven-inch single. 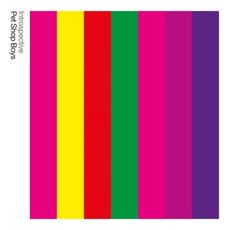