the first single from bowie’s berlin era, ‘be my wife’ was originally released in june 1977.

The video for the track, which was Bowie’s first since 1973’s Life On Mars?, was directed by Stanley Dorfman the original producer & director of the BBC’s Top of The Pops. The AA of the 7” picture disc is a previously unreleased live version of the instrumental ‘LOW’ track ‘ART DECADE’ recorded in Perth, Australia in 1978 during the ‘ISOLAR II’ tour. 2The images used on the A and B sides of the picture disc are by Christian Simonpietri and were taken in Paris in June 1977. 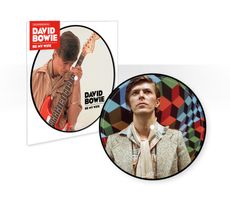